Many of our posts describe places very few have heard of. This time it’s the exact opposite – we go for one of the 7 wonders of the contemporary world. Each one of you has probably seen the magnificent pictures of Petra looking like from an Indiana Jones movie. Well – in fact it did play in that movie! 🙂 But what is it? What’s so special about it? Why has it become an icon?

Imagine a town located on the edge of a huge desert, strategically vital as it is an important trade nod, hidden deep in the mountains with only a narrow curvy passage leading to it. Sounds like a description from a fantasy movie, but that is how in brief I can describe for you the situation of Raqmu (that’s how Petra was named centuries ago, before the Greeks named it Petra) in the Ancient World.

Petra has been inhabited for nearly 9000 years, but it became really important in the 4th century BC when it became the capital of the Kingdom of the Naebetans. They were nomadic Arabs who specialised in trade. Petra became very wealthy, drawing envy of its close and further neighbours. This sometimes vrought trouble. For example the Greeks managed to raid the city in 312 BC. In the first century BC the Naebetan Kingdom came into orbit of the Ancient Romans, who annexed Petra into their Empire in 106 AD and named a whole province after it.

Unfortunately all good must come to an end. An earthquake in 363 AD was very devastating to the city and it started to loose its importance. It continued to decline during the Byzantine times, so when the Muslims arrived in the 7th century AD, it was a semi-deserted place, soon to be abandomned totally.

It became unknown to the world until 1812, when it was rediscovered by Johann Ludwig Burckhardt, a Swiss traveller, geographer and orientalist. That’s when the popularity of the place started to grow, but it really boosted in the second half of the 20th century when the place became an icon of a mysterious oriental rock-hewn city and started to exist in popular culture.

Petra nowadays can only be reached by Siq – an amazing narrow curvy gorge which is ca. 1,2 km long. In some places it is so narrow that two people holding hands can easily touch both sides of the rock. Walking through it is an adventure in itself – you never know what can be found behind the next curve. I had the opportunity to come to Petra in the very early morning, so there were very few tourists on the site and I had big parts of the Siq just for myself. It was a magnificent experience! It really helped in imagining how the place looked like 2000 years ago.

Once you pass the Siq, an amazing view awaits you. Exactly in front of you is the most famous building of Petra – the Treasury. The structure is believed to have been the mausoleum of the Nabatean King Aretas IV who lived in the 1st century AD. Its construction involved hired Greek architects. It became to be known as “Al-Khazneh”, or The Treasury, in the early 19th century by the area’s Bedouins as they had believed it contained treasures.

In popular culture Petra is equivalent to the building of the Treasury, but in reality, there are many more buildings on the site (although none as impressive as Al-Khazneh). There is a theatre, a monastery, ruins of a great temple and numerous tombs. The Romans built the Gate of Hadrian, the Byzantines built a couple of churches. Walking from one structure to another is like discovering new gifts under the Christmas tree. You never know what kind of a gem awaits you.

As Petra in general is a tourist trap which attracts up to 1 million toursits per year, I suggest you to apply the principles of approaching toursits traps which I wrote about in one of my posts. However, Jordan has become a victim of the ill-famed war in the neighbouring Syria and therefore the amount of tourists has dropped in the last years. This is bad news for Jordan, but good news for you, as this means that the crowds will be much smaller than in previous times.

I would therefore recommend you to go to Jordan exactly before the war in Syria ends. You will on one side support a country which is an side-effect victim of the war in Syria and on the other hand, you will enjoy Petra with less tourists round you. I would like to underline here that Jordan is a perfectly safe country – it is a stable monarchy, a strong ally of the US and the EU and has nothing to do with dictatorship or terrorism.

As mentioned previously, I visited Petra early in the morning and had many of the sites just for myself. The few sellers, due to the low number of tourists were relatively silent, which added to the charm of Petra. I will never forget the sight when I entered a small cafe situated on the edge of Petra only to see that the owners were relaxing and enjoying their coffee, as there was no one to serve. The scene looked like an incarnation of an oriental-inspired 19th century painting. As the monumental architecture of Petra was their background, it really looked incredible and will be one of the pictures I will always carry under my eyelashes when thinking of Petra.

Petra is a wonderful place to visit. It really stunned me how beautiful the place is. It is certainly among the sites the most emblematic and anyone who calls himself (or herself) a world traveller must see it at least once in his lifetime.

“Nobody knows how old Petra is, but it was a thriving city when Abraham left Ur of the Chaldees, and for a full five thousand years it has had but that one entrance, through a gorge that narrows finally until only one loaded camel at a time can pass. Army after army down the centuries have tried to storm the place, and failed, so that even the invincible Alexander and the Romans had to fall back on the arts of friendship to obtain the key. 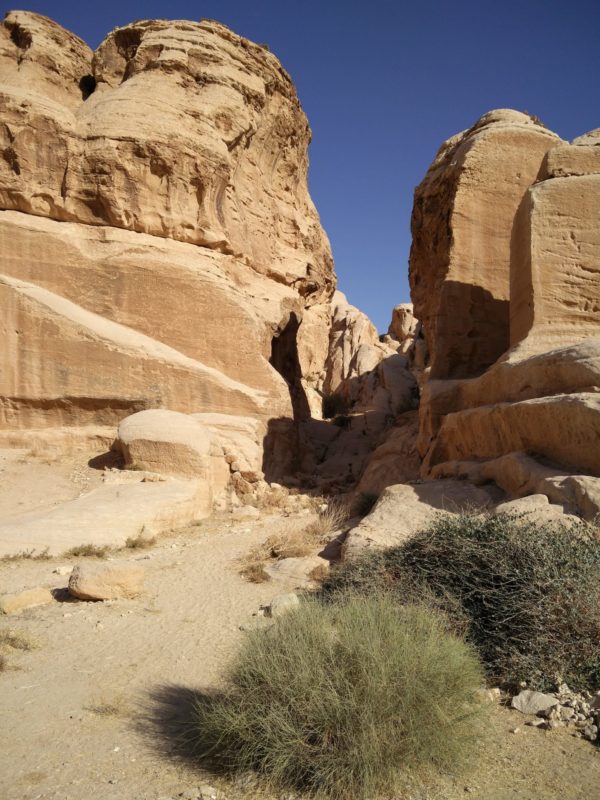 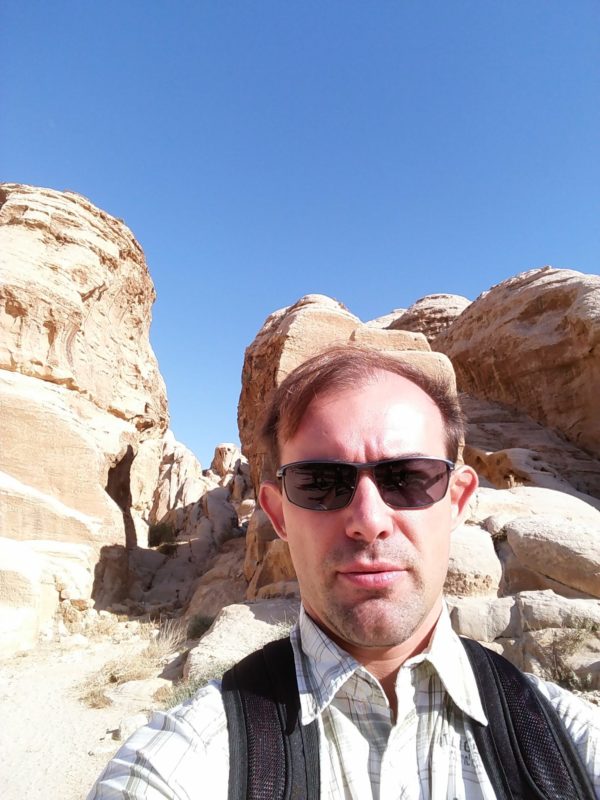 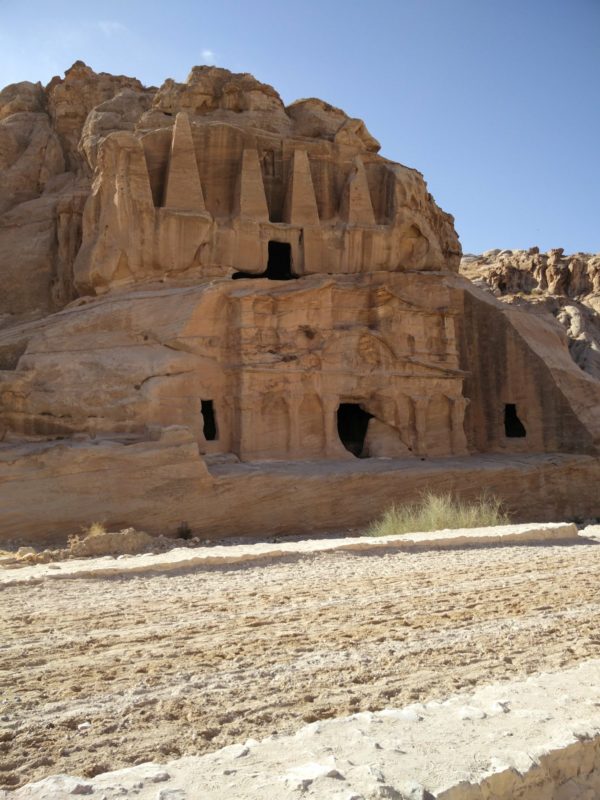 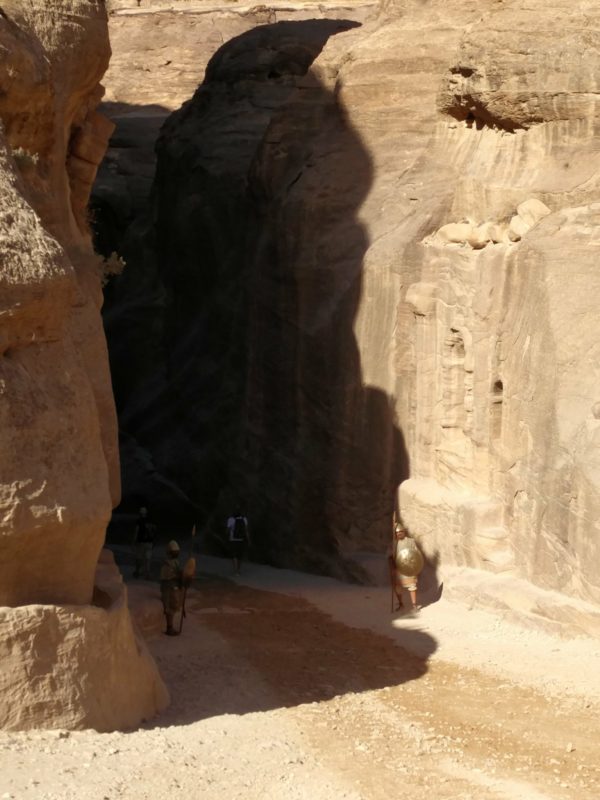 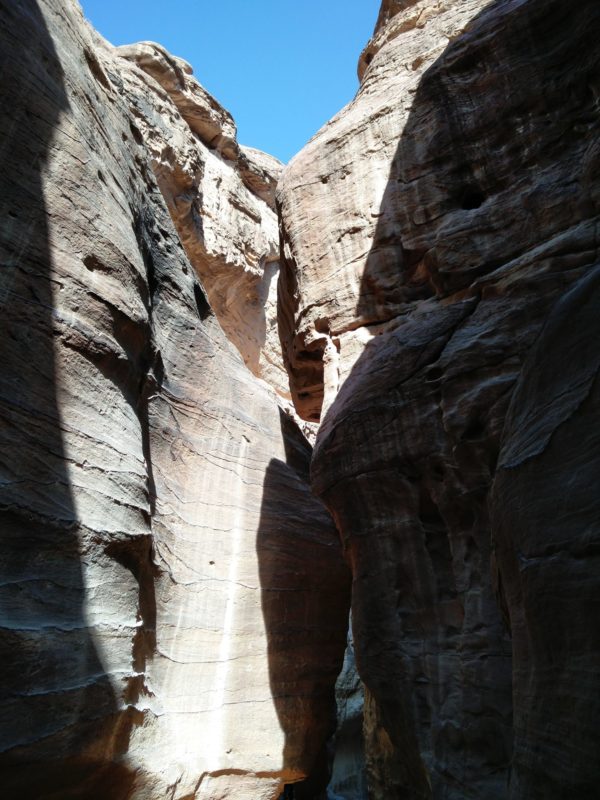 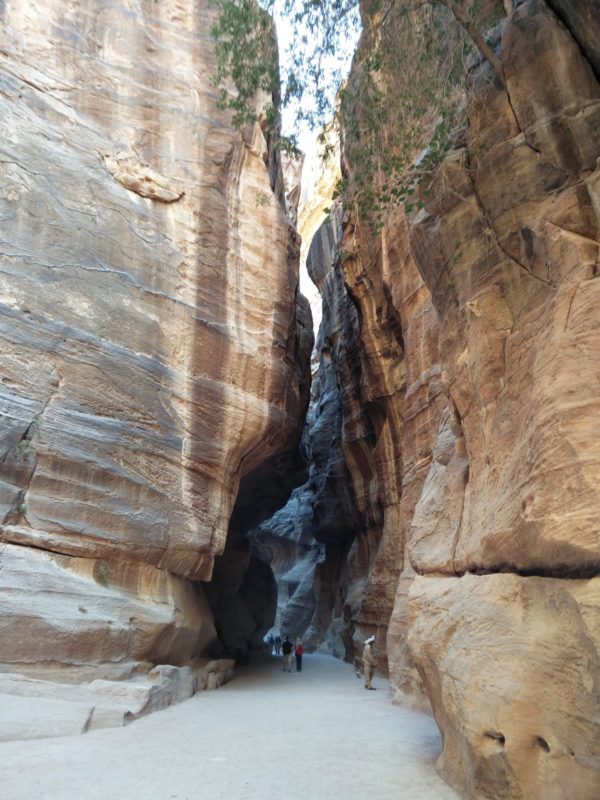 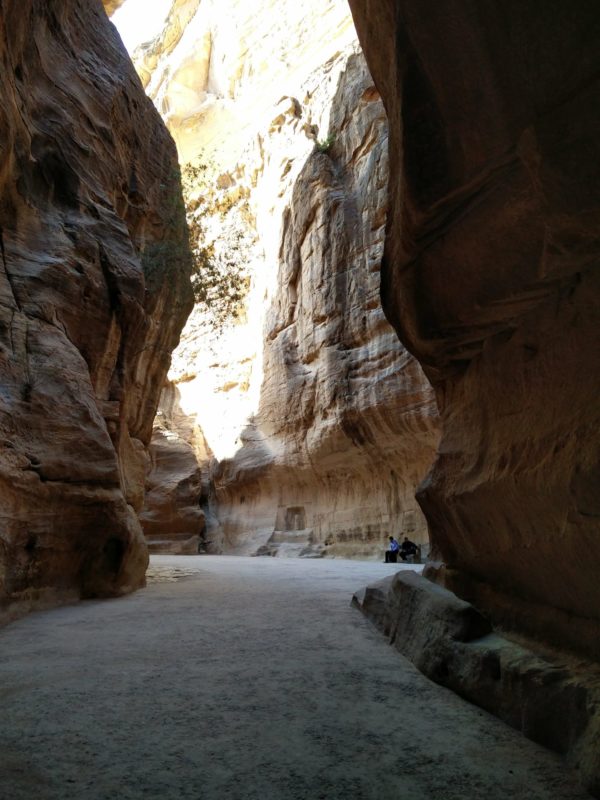 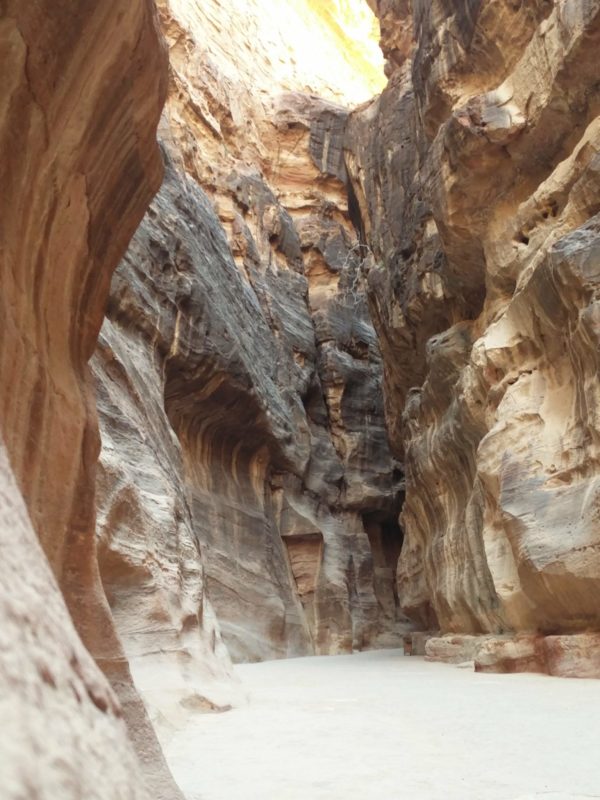 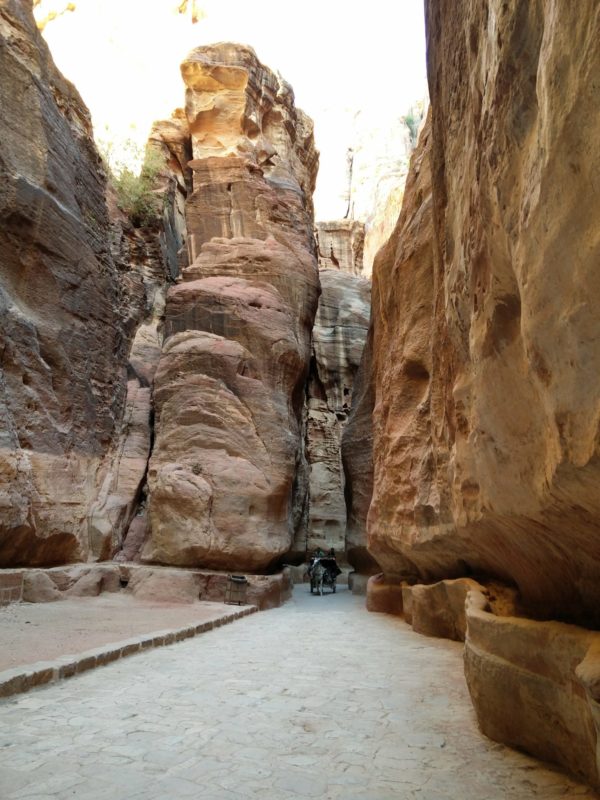 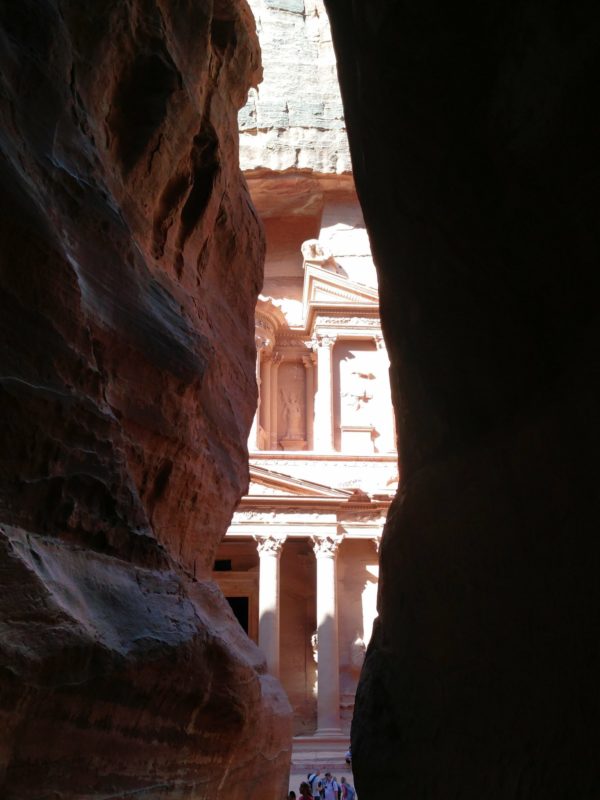 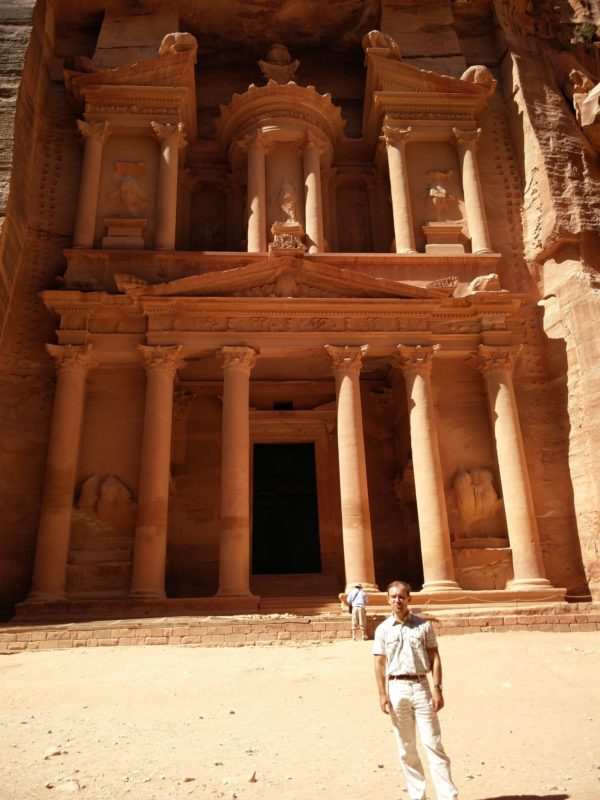 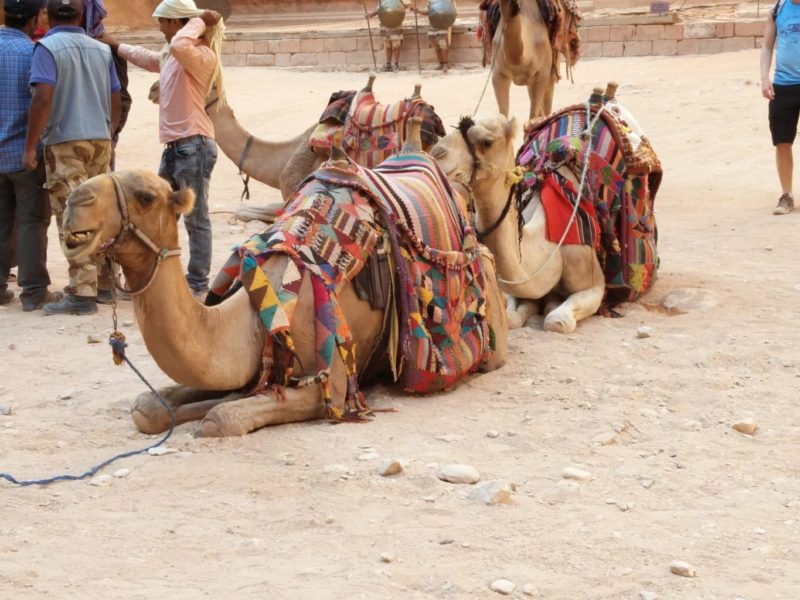 Camels waiting for the seldom tourists. 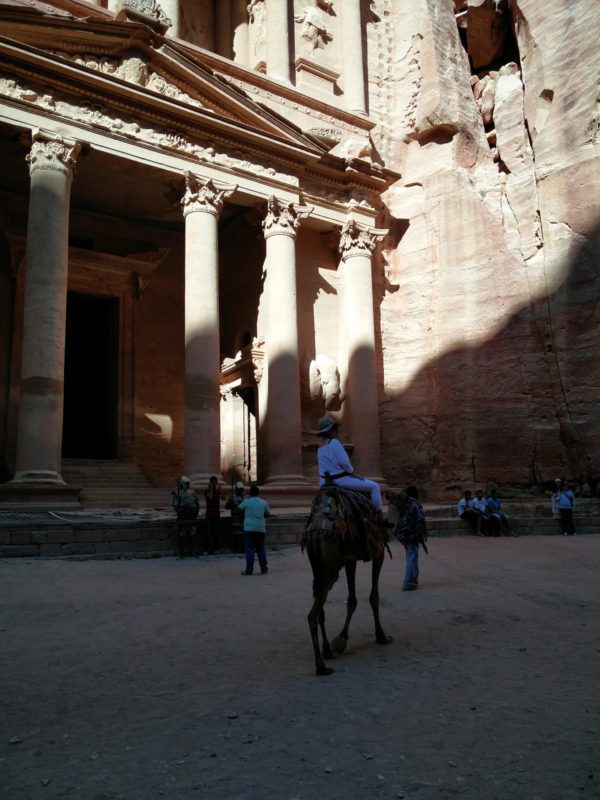 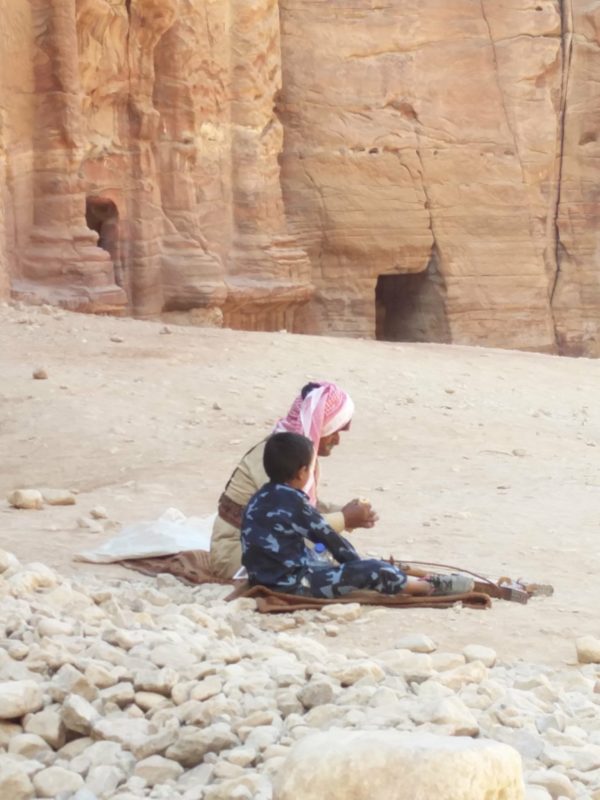 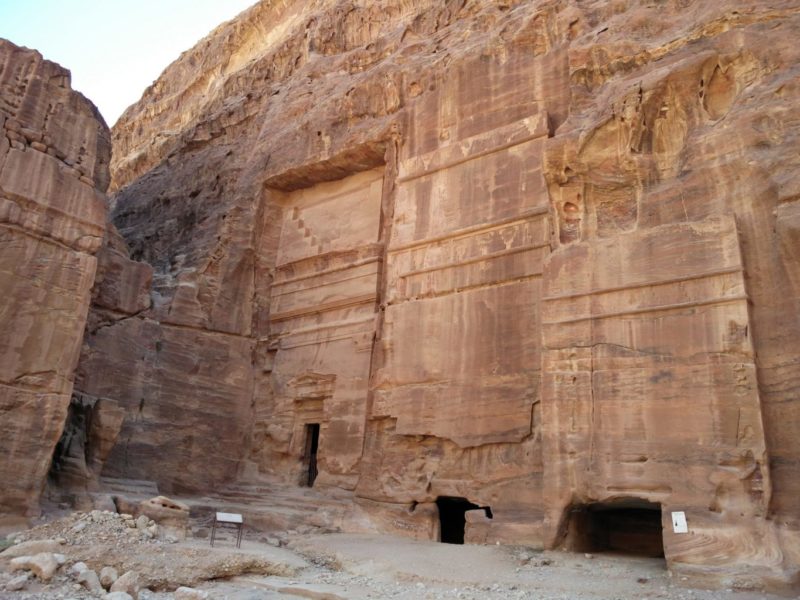 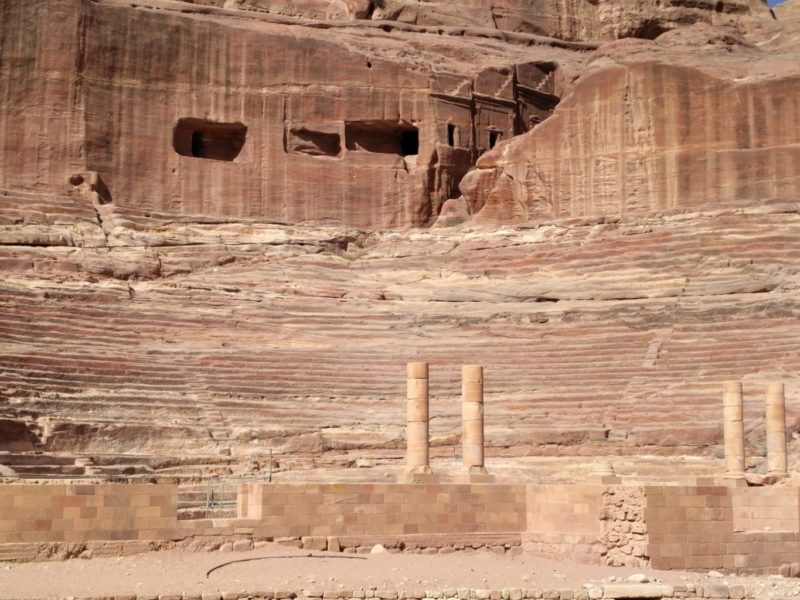 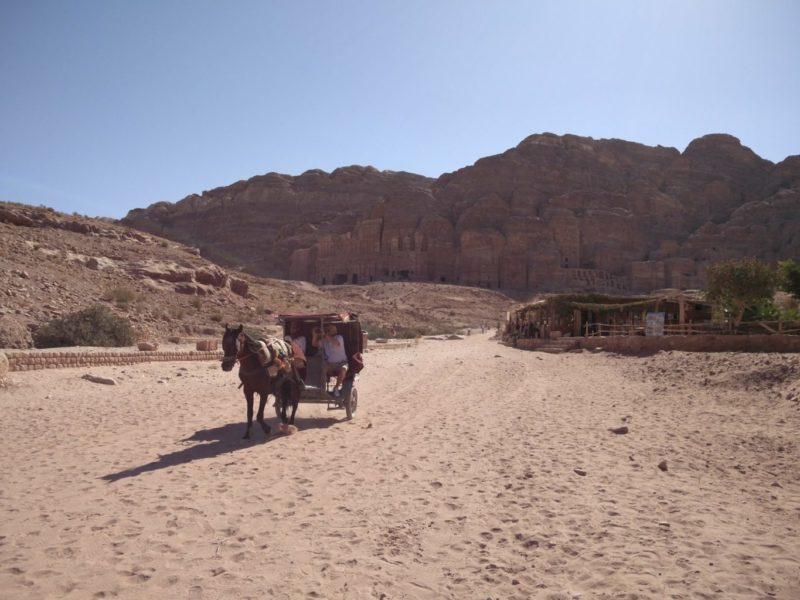 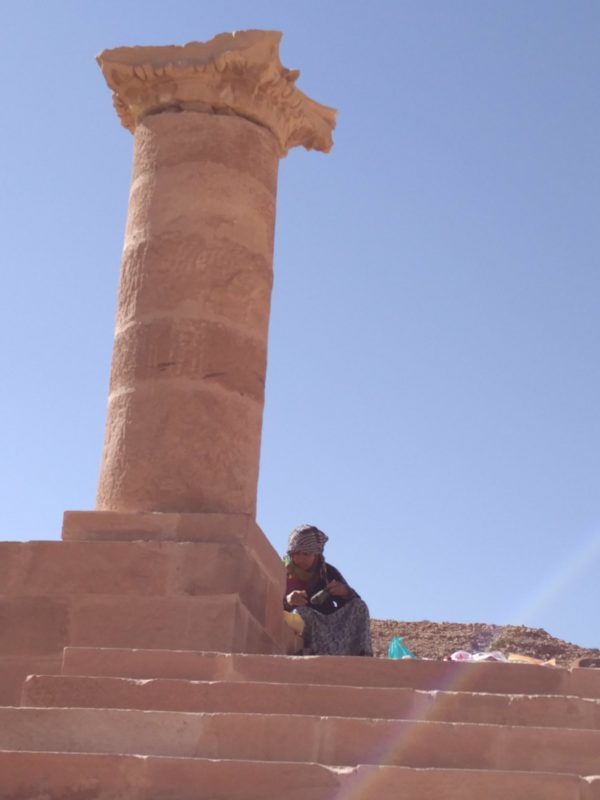 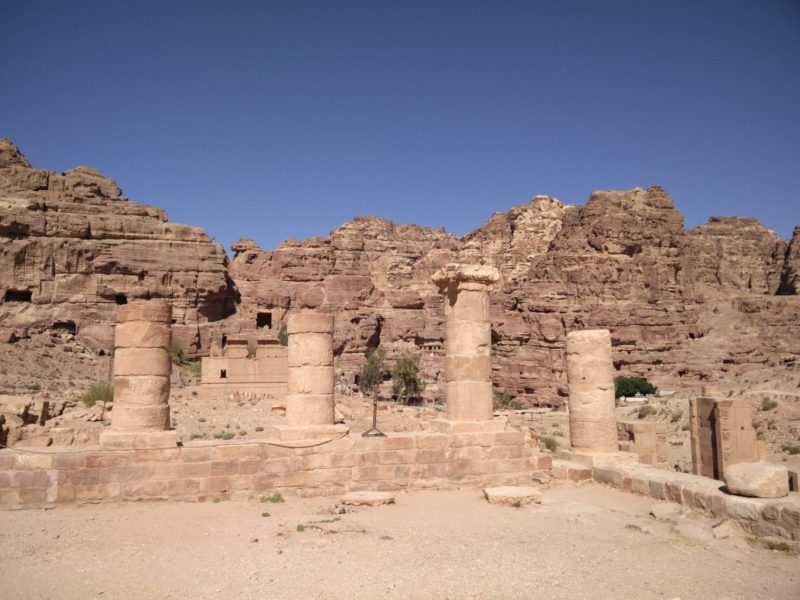 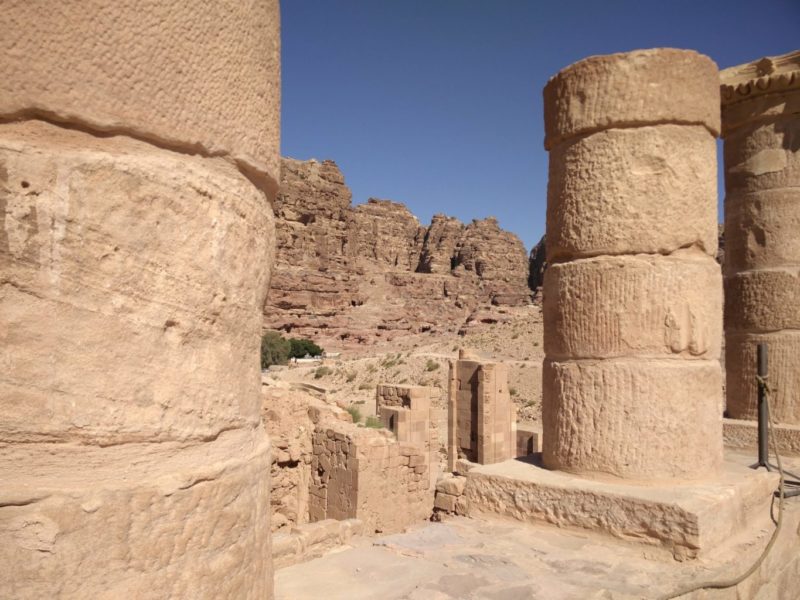 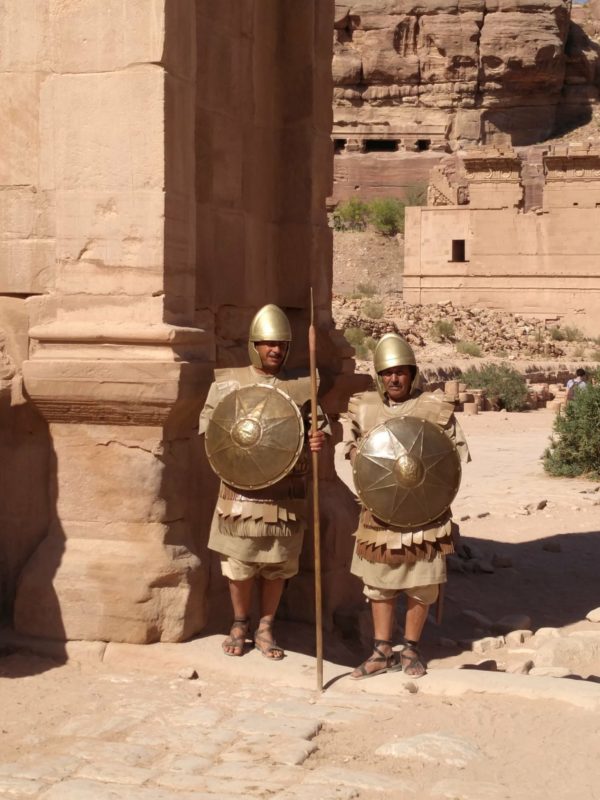 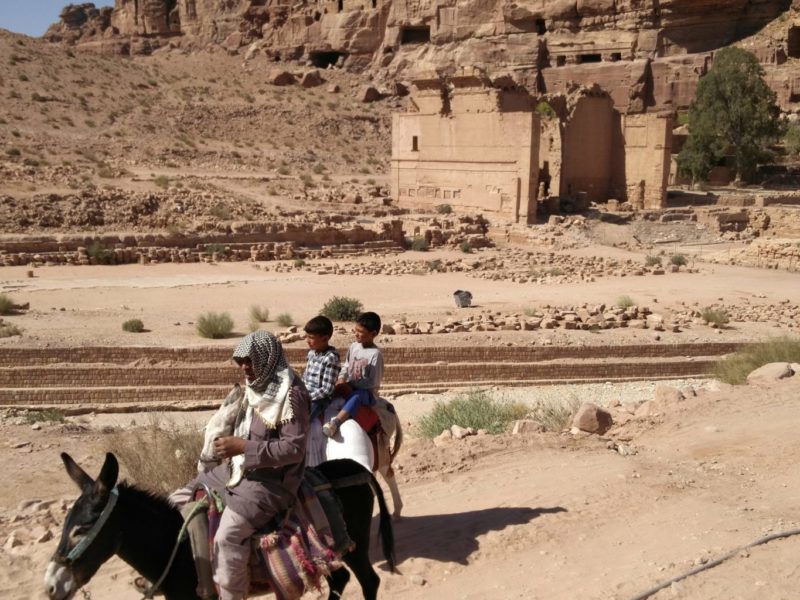 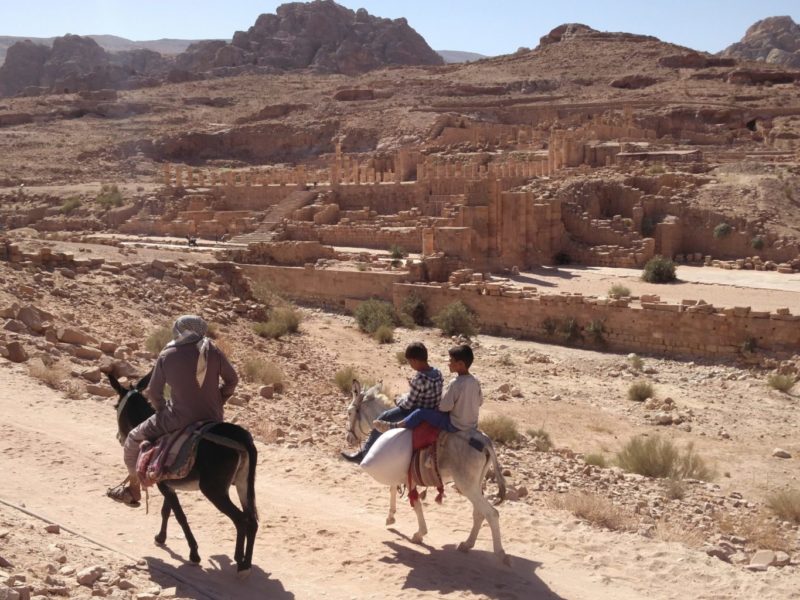 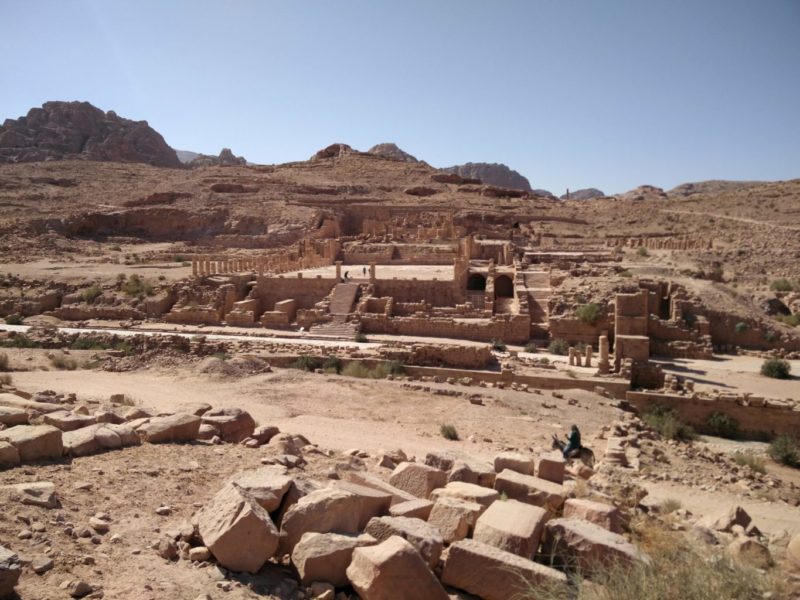 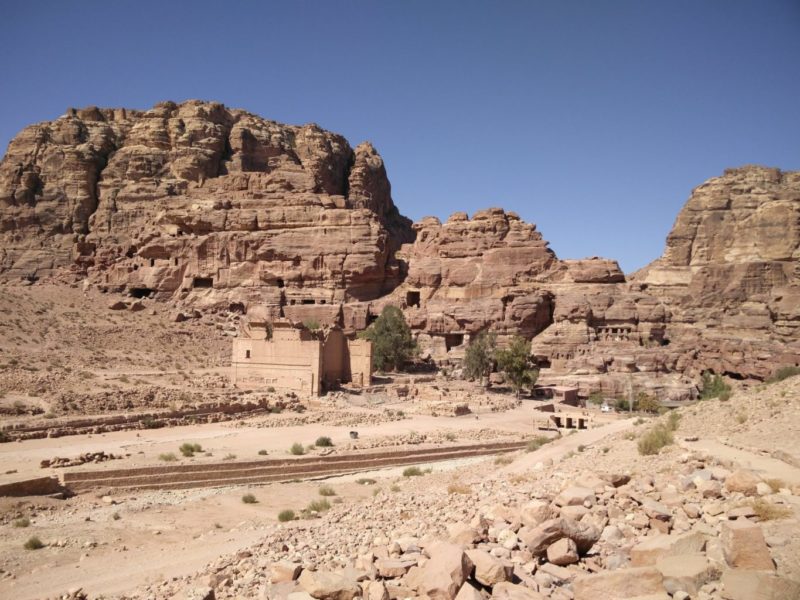 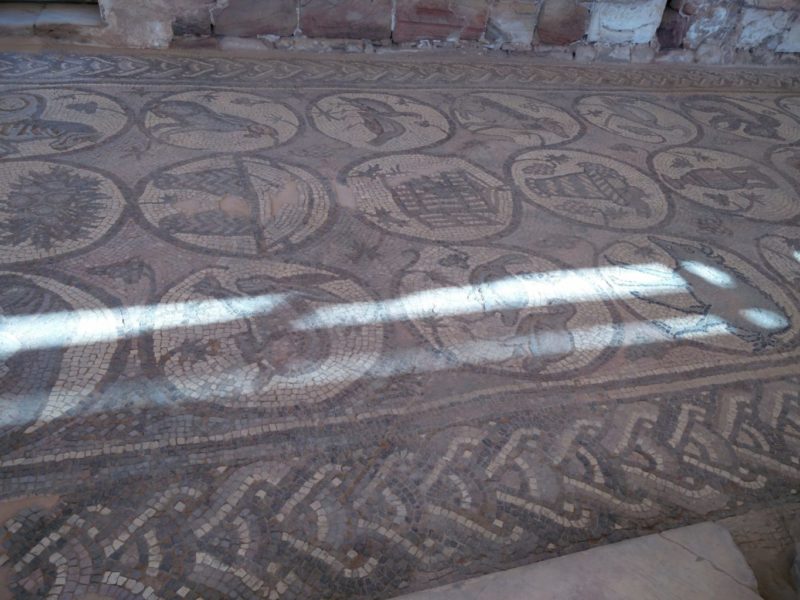 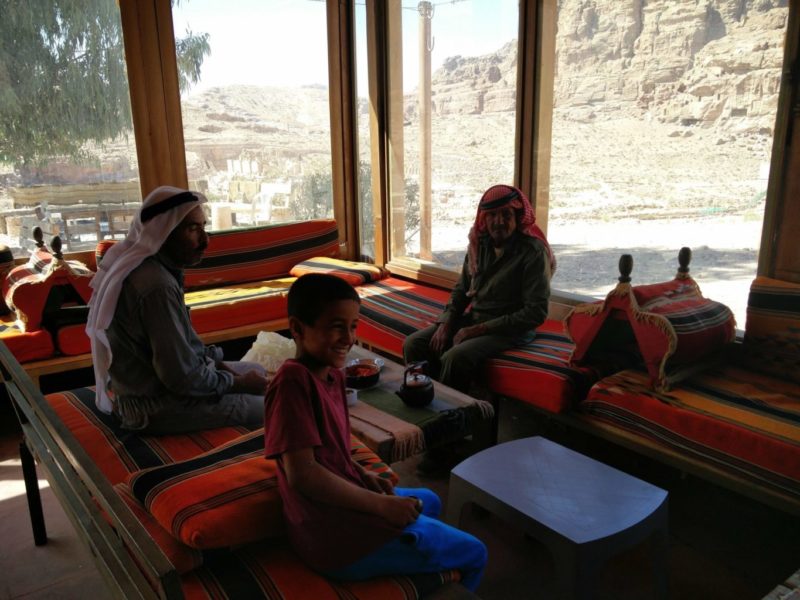