Paris is a magnet for enormous amount of tourists. It is considered to be the most romantic city in the world, the capital of fashion, the city of lights. The amount of “must sees” in Paris is overwhelming and seems never to end. The confused tourist tries to squeeze as many sites as possible in his too short stay. He usually then has no time to look beyond Paris and if he does, his visit is limited to the palace of Versailles.

As Czaplicki Travel aims to show places less known to the tourist world, we have started a series of itineraries where we head to the region of Paris but we omit the French capital and show the beauty of the places situated around it.

The capital of France has been for centuries a magnet for writers, painters, composers and other artists. They have left a vast heritage both within the city as well as in its surroundings. Aristocrats, monarchs and bourgeoisie built palaces, created vast grand garden complexes and small romantic idyllic huts and cottages. The church build churches, cathedrals and abbeys. All of this dense mix makes the Ile de France so fascinating and so interesting. There are very few spots in the world where the cultural heritage is so dense. We would like to invite you on this unique tour and discovery!

We leave Brussels around 8 AM and head towards Beauvais. As each car will be starting from a different location and all drivers have GPS, we will meet in front of the Beauvais Cathedral at 11 AM. This cathedral is considered the ultimate Gothic cathedral, as it was supposed to be the biggest, the tallest and the widest cathedral ever built. However God had other plans to it and we will see on spot what were they. After visiting the cathedral it will be noon already, so it will be high time for some good lunch.

After lunch we head further south. Our next stop is Saint Germain en Laye – a nice town located on the river Seine 20 km west of Paris. Here and in the neighbouring Le Port Marly we will spend the whole afternoon. Our first stop is a small house in which one of the best French classical composers – Claude Debussy – was born. There is a nice museum dedicated to him which we will want to have a look at.

Afterwards we go to see the sumptuous Chateau de Monte Christo – a chateau which the famous writer Alexandre Dumas built for himself at the peak of his career. It is an amazing mix of beauty, splendour and self-love which is very catchy to all eyes.

In the late afternoon we head back to Saint Germain en Laye which has one of the less known French royal castles. The castle hosts currently the National Archaeological Museum which will be very interesting for our kids when they are a bit bigger, but this time we will focus on the terrace gardens which are a great place to walk. The 2 400 m² Grande Terrasse, completed in 1673 is one of famous Le Nôtre’s masterpieces. It is lined with three hundred-year-old lime trees and is one of the most famous walks on the outskirts of Paris. The magnificent view from here extends across the west of Paris to the skyscrapers of La Défense (weather permitting).

When we finish our stroll it will be late and thus we will go for a good French dinner before we head towards our hotel in the vicinity of Rambouillet.

Rambouillet has so much to offer that we will be spending a whole day here.

After the death of king Francis I of France within the castle walls on 1547, Château de Rambouillet saw some of French history’s greatest figures take up residence there: the Count of Toulouse, Louis XVI and Napoleon I to name a few. Since the late 19th century, French Presidents transformed the grounds into a prestigious hunting estate. The castle is known for its beautiful rocaille wood panelling in the “Assembly apartments”, as well as Napoleon’s bathroom, with its “Pompeian” frescoes.

The French and Anglo-Chinese gardens hold plenty of surprises in store for visitors. Queen Marie-Antoinette’s Dairy Farm demonstrates the splendour of an entire period and an art de vivre widely influenced by the philosophy of the Age of Enlightenment. The ‘Chaumière aux Coquillages’ or Shell Cottage is one of the finest examples of décor in all of Europe.

The forests around Rambouillet are great for a relaxing stroll surrounded by nature.

The town of Rambouillet also hosts a great attraction for kids – Rambolitrain. Rambolitrain is the result of a joint venture between two model train enthusiasts. The museum is home to 4 000 trains, toys and models tracing the history of trains from their early incarnation to the present day. This treasure trove of electric trains features toy trains made from sheet metal and zamac, scale models created from brass and bronze, a scale-model replica of a Parisian toy store from the 1930s, and a 400m circuit that runs around the second floor. An Aladdin’s cave for train-buffs young and old.

National Sheepfold – it was here, at this experimental farm created in 1785, that Louis XVI was keen to introduce new species of sheep to France, including the merino breed. Today, its buildings (built during the Empire period) are home to 600 sheep. This educational farm also has 60 milk cows, horses, a pig sty, rabbits and a farmyard. Visit the Musée du Mouton (Sheep Museum) located on the same site, charting the history of sheep and the shepherding profession since Antiquity, as well as displaying objects used for sheep farming in the past will be a great thing for the kids to discover.

After a whole day of attractions we head back to our hotel.

Our morning drive takes us to Elancourt, where we will visit the France Miniature Museum. From the summit of the Alps, visitors to this theme park can enjoy a panoramic view of a France reduced to just 5ha and featuring 158 emblematic sights and monuments represented at a scale of 1:30. Among the 10 000 trees, we can admire the Roman amphitheatres in Arles, the Garabit viaduct, Futuroscope, the Château de Chambord and the Eiffel Tower, the latter dominating the theme park from a height of just 10m. Unique in Europe, this impressive theme park in miniature can be explored on foot or by road train.

After lunch we head to Château de Malmaison, the sumptuous home of Empress Josephine built around 1622. It was bequeathed to the State in 1904 and transformed into a museum in 1906 thanks to the generosity of donors and patrons keen to perpetuate the history of Napoleon. Beautifully presented objects, furniture, painted portraits, cameos, Sèvres and Paris china services, and clothes are reminders of the château’s glorious past.

We circumvent Paris (hoping that the traffic will be bearable) to go to Saint Denis. It is here where a glorious Gothic basilica was built. This grandiose basilica, a gem of French Gothic architecture, occupies an important place in French history. In 754, Pepin the Short was crowned king in Saint-Denis by the Pope and since the time of the Capetians every French king and queen has been buried here. It boasts a collection – the only one of its kind in Europe – of recumbent figures and tombs dating from the 12C-16C which forms an impressive chronology of the history of France and the history of art. In the crypt, an ossuary houses the remains of members of the royal family whose tombs were vandalised during the French Revolution.

After a very busy three days we head north back to Brussels keeping in mind great memories of unique places seen.

All temporary pictures as courtesy of Pixabay.com and wikipedia.org
Read More 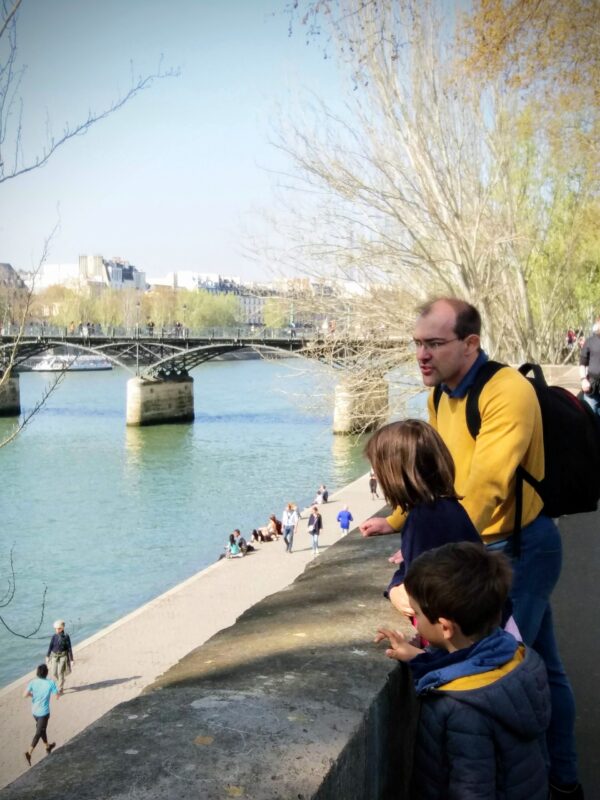