We all as kids have read the Greek myths. Aphrodite appearing from the sea foam, Icarus daring to fly like a bird, Athena appearing from the head of Zeus, Hercules fulfilling his 12 tasks… all of these and many more are part of our culture and history. Greece is the cradle of the European civilisation. The birthplace of theater, opera and the Olympic Games. The birthplace of trigonometry, geometry and arithmetic. The reference point for architecture and democracy. All of this remains abstract, if you only learn it at school. In order to feel it, in order to fully understand it, you have to go there. You have to be there to see and to understand why is the Greek culture so important to us living in the 21st century.

The gateway to understanding Greece is of course Athens, the capital of Greece. It is a huge and bustling city of over 4 million inhabitants, beautifully located on the shore of the Aegean Sea.

It is however full of quite chaotic architecture and a high level of smog. Although much has improved in the last 20 years, much more needs to be done.

In the middle of Athens stands an enormous, almost surrealistic rock. It dominates the whole city and looks like it’s copied from a fantasy movie. No building beneath it can match with its size and height. That’s the Acropolis.
That’s where, according to the ancient Athenians, the gods lived. This was the place they worshiped Athena, the goddess protector of the city. That is where they built her temples, so that she could feel at home.
The most important and the most known one of them is the Parthenon. This temple was dedicated to the virginity of Athena. It is the landmark of not only Athens, but of Greece and one of the landmarks of the European civilisation. Haven seen it hundreds of times on pictures and movies I could only humbly bow in front of its greatness.

It is the landmark of not only Athens, but of Greece and one of the landmarks of the European civilisation. Haven seen it hundreds of times on pictures and movies I could only humbly bow in front of its greatness.

One of its geniuses lies in the fact that it appears identically symmetrical to the eye.

However, in order to achieve it, a special trick wa used by its constructors. Knowing that the human eye, looking from the ground level, either standing in front of the temple or standing in the town several meters below, needs to see the symmetry and proportions, they curved the temple in order to make it look ideally symmetrical. The difference is 11 cm on its length and 6 cm on its width.

Another trick to the eye is that its columns are not ideally straight but they bent a bit inwards. This not only helps the building look ideal to the human eye, but it serves as a stabiliser in case of earthquakes, which do occur in this area once in a while.

Parthenon is not the only temple on the Acropolis. The Erechteion is the temple dedicated to both Poseidon and Athena. A rare combination, knowing that the gods disliked each other a lot. The Athenians however wanted to show their diplomatic skills in being able to win the favours of both of them for the benefit of their city.

The legends says, that Poseidon came to Athens and told the the Athenians that he can make them rich by giving them water, which in the dry Greek climate is a rare commodity. He struck his trident and on the slope of Acropolis a stream started to flow.

Then came Athena. She told the Athenians that she can make them rich by giving them a tree that can both nourish them and make them wealthy. She struck her spear and in the middle of the Acropolis grew an olive tree. It was the first olive tree in the world. It grows on the Acropolis till today.
Which gift should the Athenians choose? Which god should they follow? Well – the Athenians decided to accept both gifts, follow both gods and worship them together in one temple.
The result is a temple with a serie of magnificent caryatids – women statues holding the temple roof on their heads. An amazing example of beauty in art.

But how do you access the Acropolis? A giant marble staircase has been built which is in a form of a temple too. That is the famous Propylaea.
I must admit that standing at the bottom of this staircase I just gasped in amazement. It is extremely majestic and immense, but at the same time it’s not overwhelming. The staircase shows the main principles of the Greek civilisation – everything should be done in proportion and moderation; it should never exceed as then it turns into gigantomachy (btw – another Greek word taken over by many languages of the world).

A visit to the Acropolis is a must for any educated human being. But in order to enjoy it and not be squeezed into a crowd of crazy tourists while being roasted in the hot sun, you need to prepare in advance.

First of all – try to avoid the high season when most of the tourists come.

Secondly – try to come to the Acropolis early in the morning. The hill opens at 8 am and in the first hour the amount of visitors tends to be reasonable.

Thirdly – combine your visit with the visit to the newly built Acropolis Museum to have a complete picture. The museum has a very good restaurant, which is certainly worth a stop.

Fourthly – to have an even more complete picture of the Acropolis – visit the British Museum in London.

There are numerous sites describing the Acropolis, which is one of the most know sites in the world. You can always have a look at the site of UNESCO. Lots of practical information can also be found on the page of Mat Barrett. 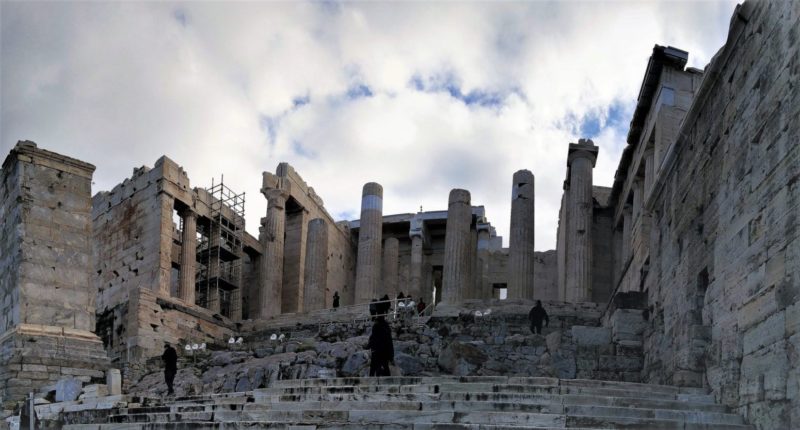 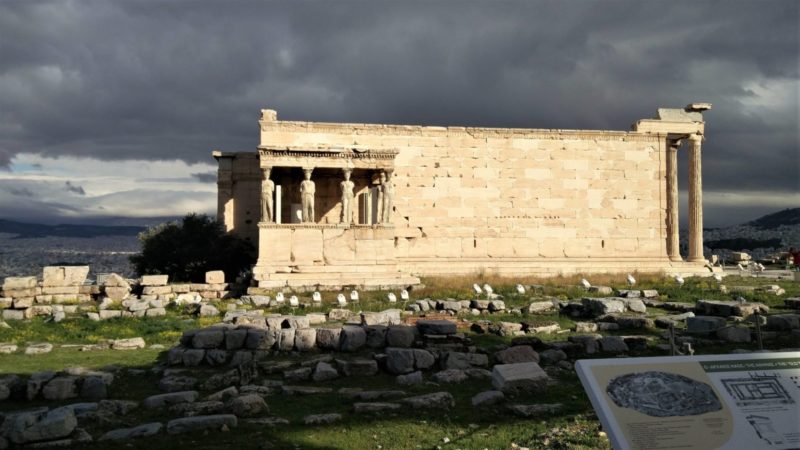 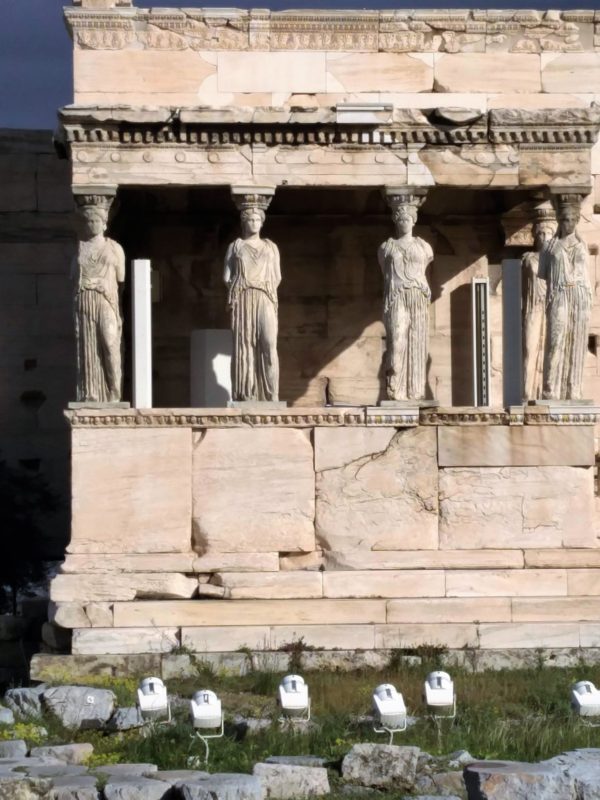 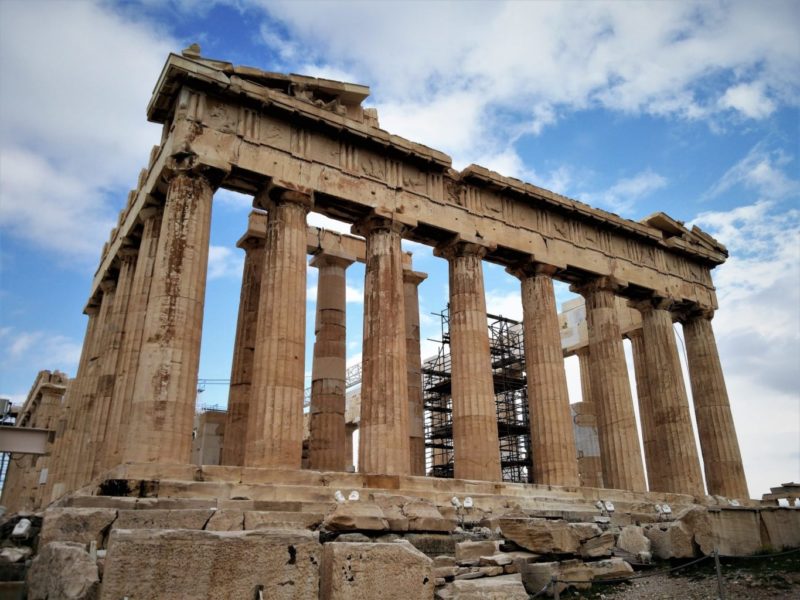 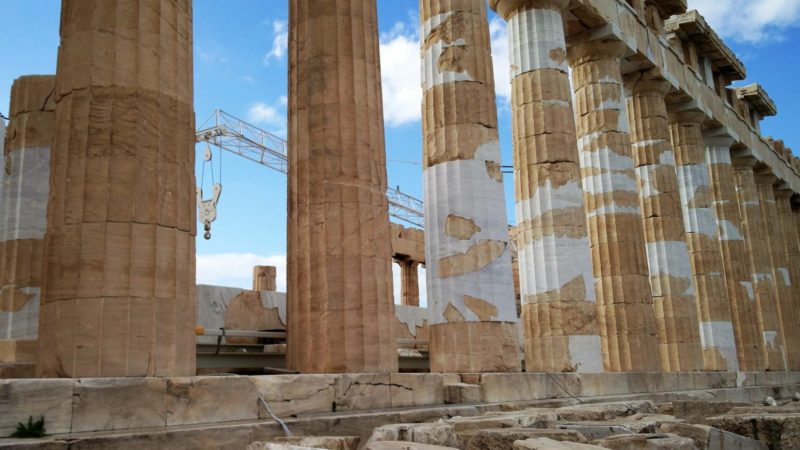 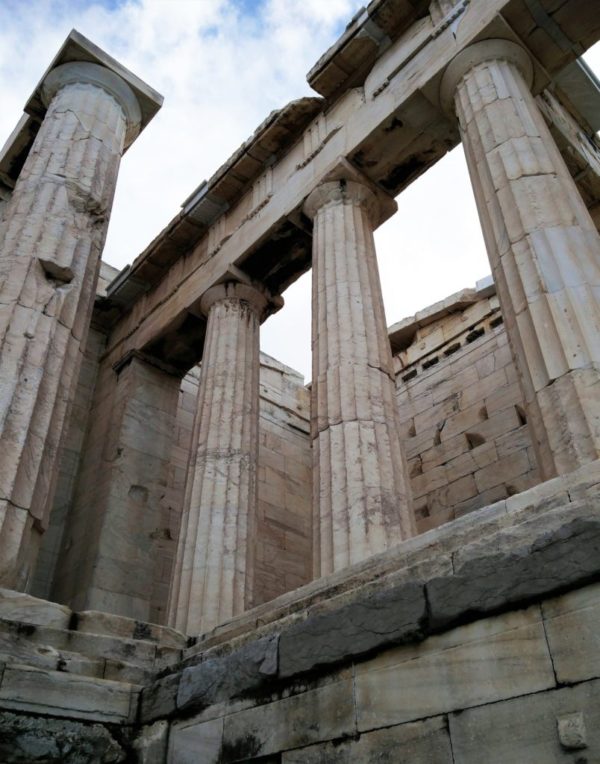 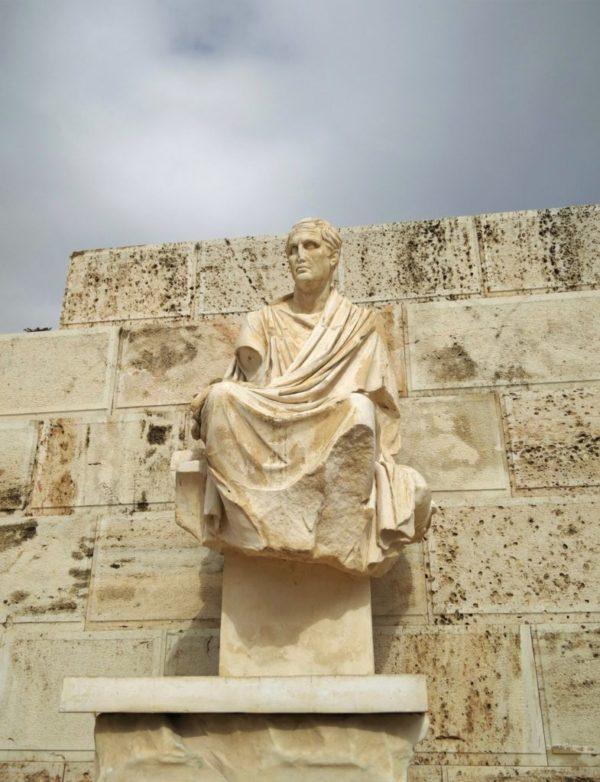 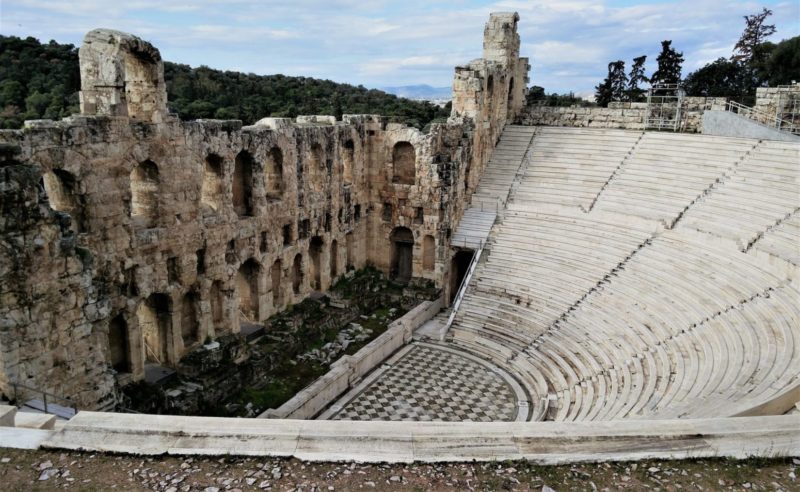 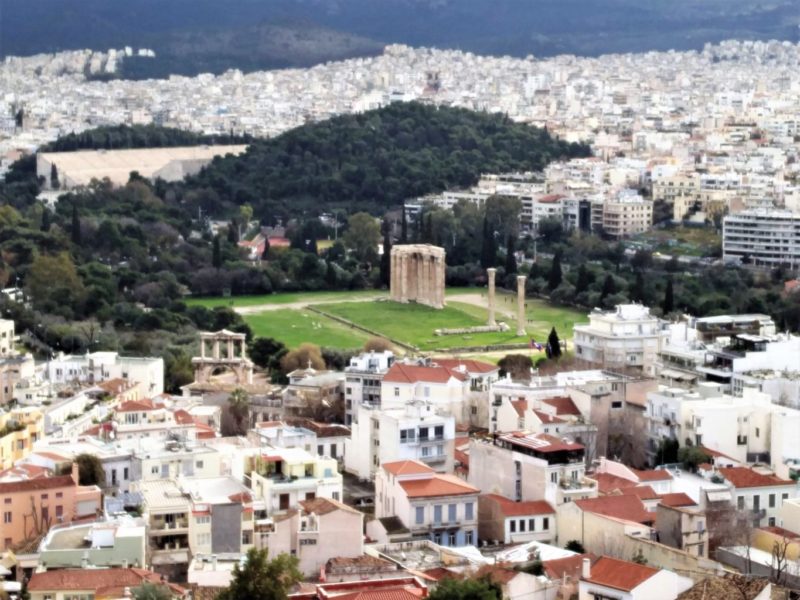 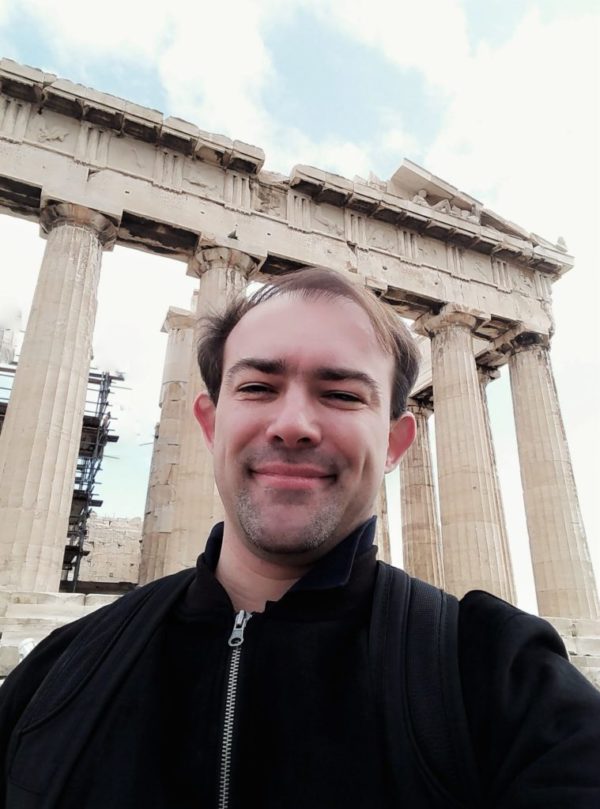 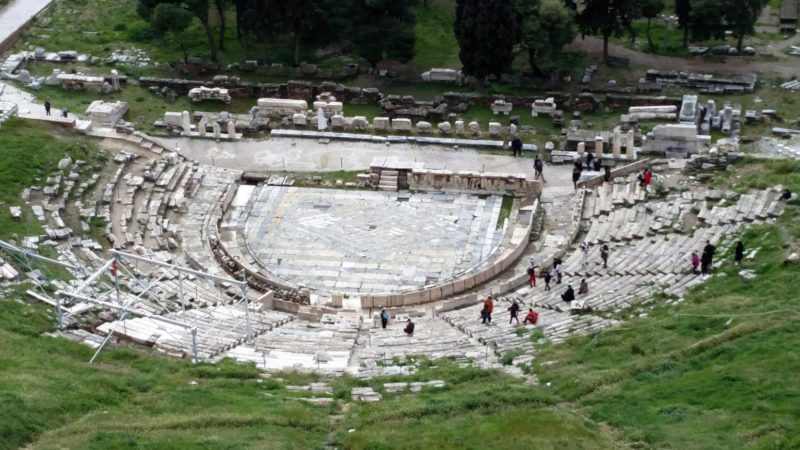 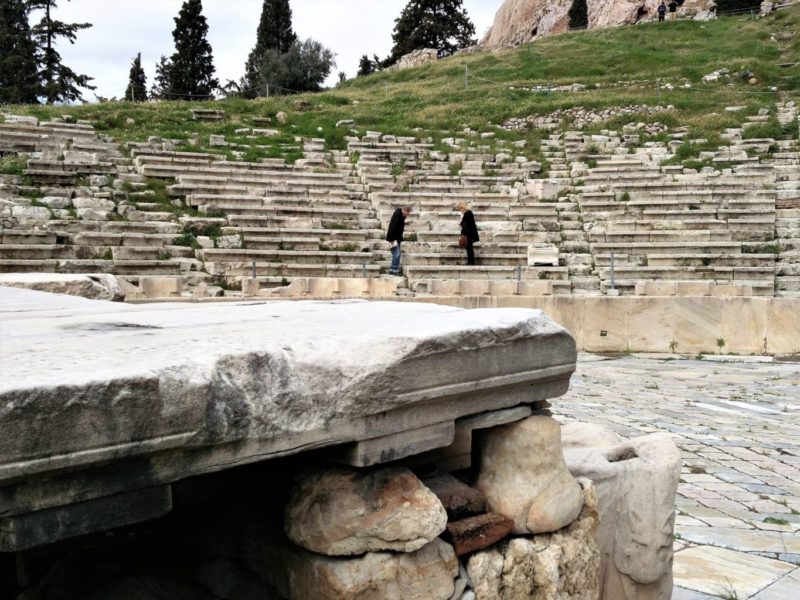 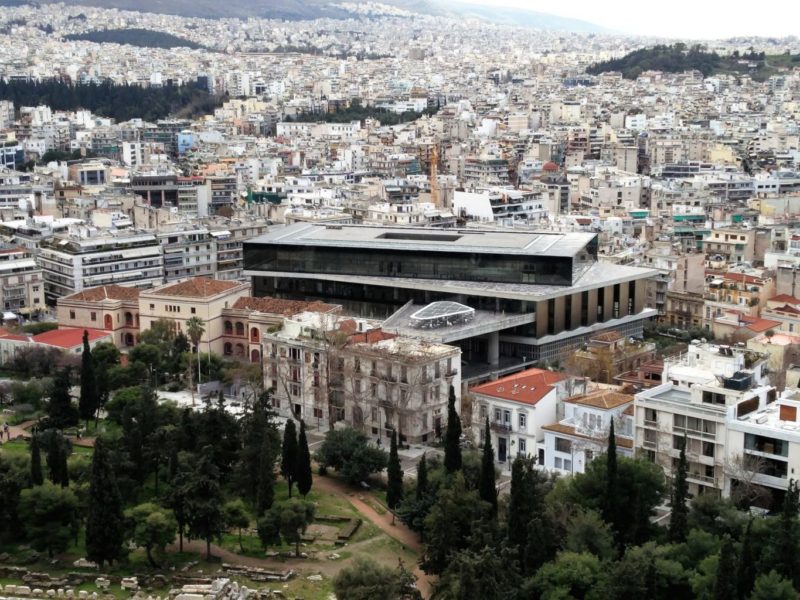 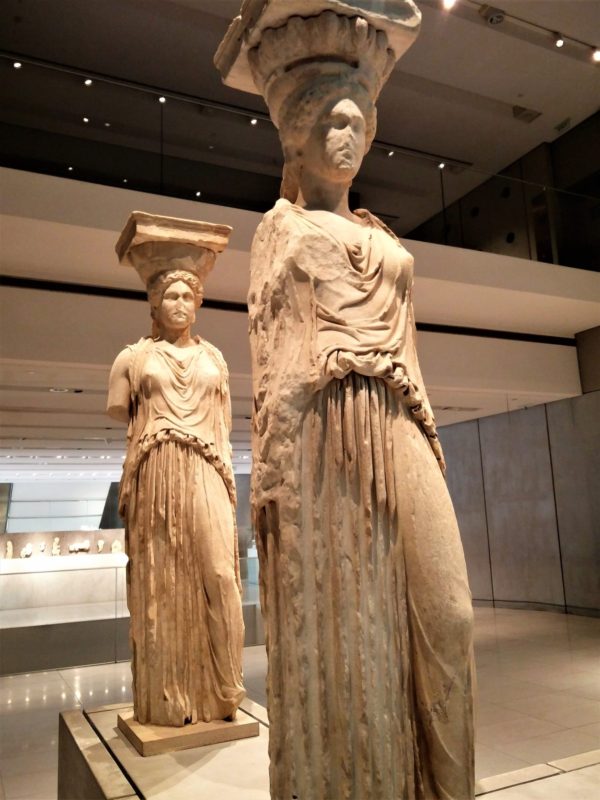 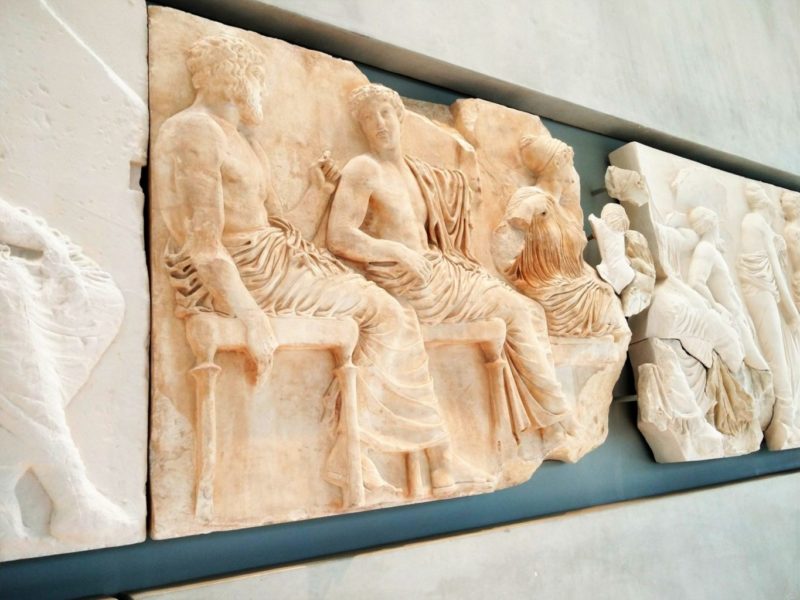 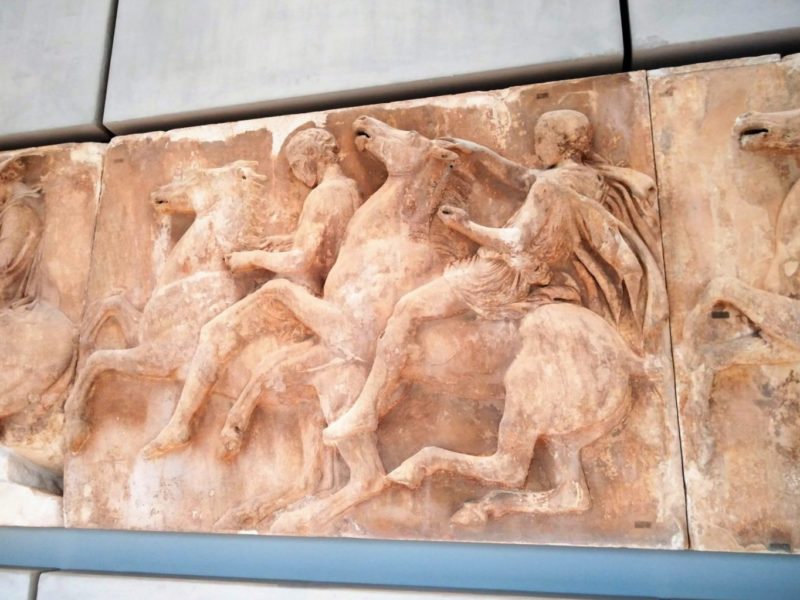 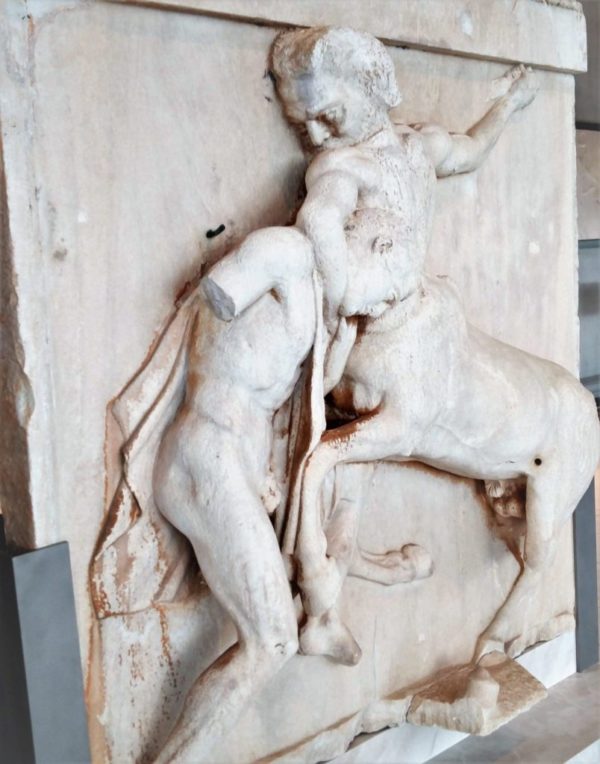 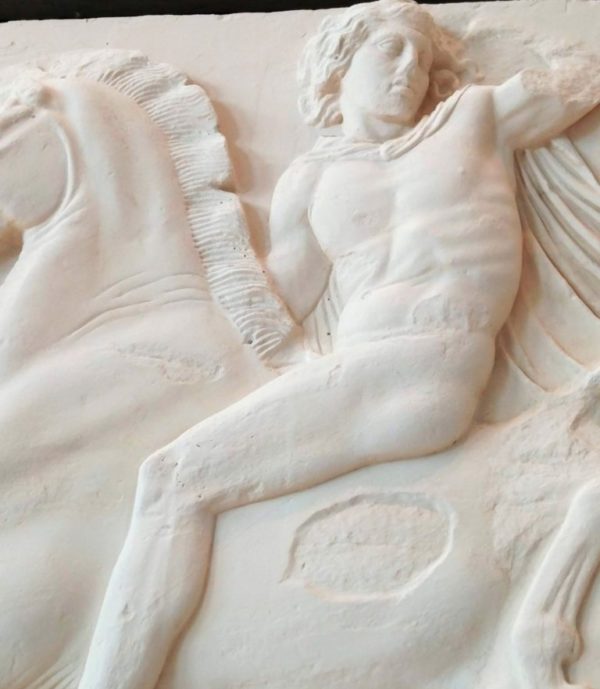 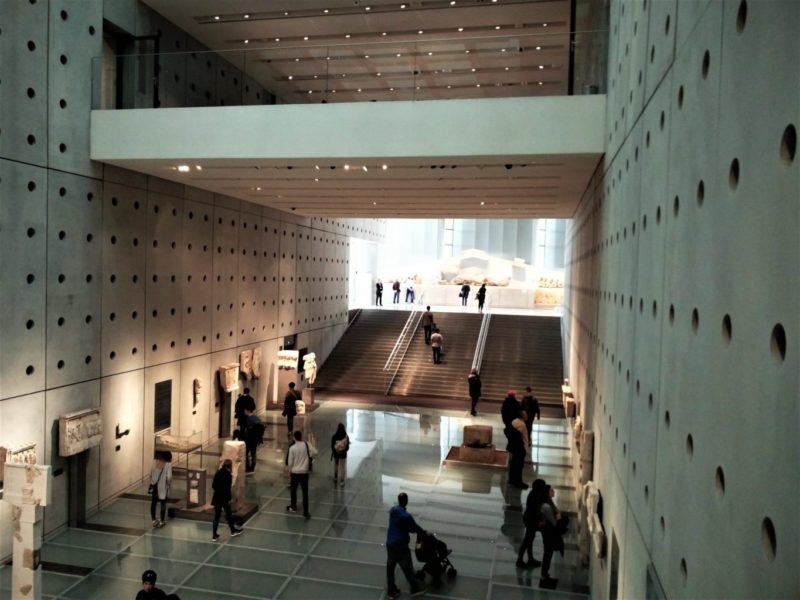