To describe that Lalibela is a magical place is an understatement. It’s beyond magic. It is a place one has to visit in order to feel it’s uniqueness. Once you are there, you are immediately transferred several centuries back into the times where pilgrims travelled from far and with great effort to finally arrive after several weeks or months to the holy place of which they were dreaming the whole life. You can finally understand and feel how it was in the medieval times when pilgrims filled the routes of Europe and created road networks like the one to Santiago de Compostela.

But lets look back first and see what is Lalibela, when was it created and why. 900 years ago Ethiopia was a Christian country surrounded by Muslim neighbours. There were times when Ethiopia was stronger than their neighbours, but in 12th century it was the opposite. The land was regularly invaded by Muslim armies, towns were destroyed and people slaughtered. But what worried the Ethiopians most was the fact that the Muslim warriors destroyed regularly their churches and they had no place to pray. They believed that without the support of God they will not be able to overcome the troubles they were in.

More and more of them started to hide in the mountains in the vicinity of today’s Lalibela and started to live in the caves. They decided to stay there and build churches. But how to do it? The dimensions of the caves were significantly limited. They came up with an idea – why not carve the churches in the rocks? Seemed like a good idea, but as the churches were supposed to remain invisible for the invaders, they had to to be built underground.

That is how the idea came into being. They were hewn from the rock, which means that the whole building was made with one piece of rock, carved from the roof which was on ground level to the floor which was made as the last bit. If a mistake in the construction would have been done, it could not have been corrected at a later stage. This meant that the plan to build it had to be perfect from the very beginning as alterations were impossible. This way of building is more than amazing and exists only in a few places in the world.

I must admit I have travelled a lot around the world and it is hard to utterly amaze me. Lalibela has managed to do it.

When the first church was build in Lalibela with such a method, the Ethiopians were so impressed themselves, that they decided to continue and build further ones. All together 11 hewn churches have been built. Each next one was better, usually bigger and more impressive than the previous one.

The last one – dedicated to Saint George, is the most magnificent of them all. It is built on the plan of a Greek cross and is perfectly symmetrical. It is not the biggest one, but it is certainly the most elegant. The church is considered a landmark of Ethiopia. I certainly highly recommend you to visit it one day in your life.

The churches are connected with underground tunnels, as the inhabitants had to be be able to move between them and remain invisible from the Muslim attackers. Some of these tunnels are very difficult to pass as you need to crawl.

The churches have very small windows and thus are nearly completely dark inside, which adds even more to their magic. They are filled in with smoke coming from the burning incenses which fill the air with oriental intriguing smells which are hard to name.

Add to that groups of chanting monks wearing their very long colourful robes. The monks are full of prayer and meditations and only their physical corps are in the church – their souls and minds are somewhere else, in a paradise where the mere mortals only dream of going to.

The interior decorations are very simple – in the darkness you wouldn’t see them anyway. A few paintings of Saints, a few veils, some stools. These places are rich not due to their golden ornaments – they are rich thanks to their religious culture, their piety and heritage. And thanks to the people that still use them the same way they have been using them for the last seven centuries. If you go there, it is hard to believe that you are still in the 21st century.

I must admit I have travelled a lot around the world and it is hard to utterly amaze me. Lalibela has managed to do it. And I recommend you to go there and feel it yourself.

As usual we can recommend you the UNESCO World Heritage Site. For pragmatic aspects of your visit, you can always have a look at Wikitravel. 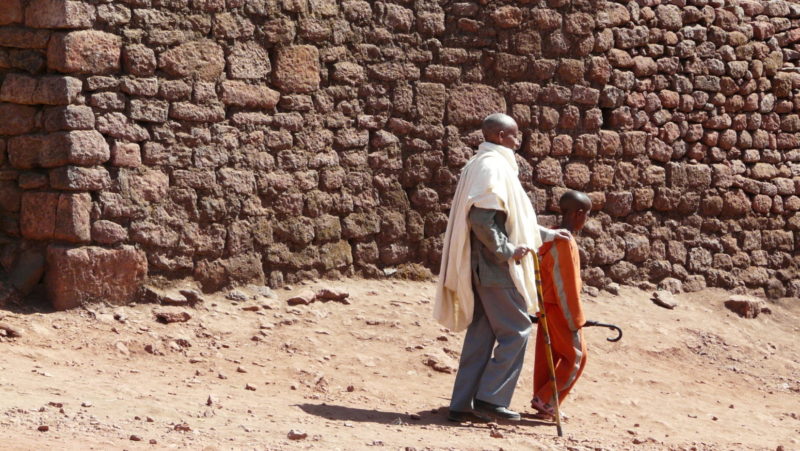 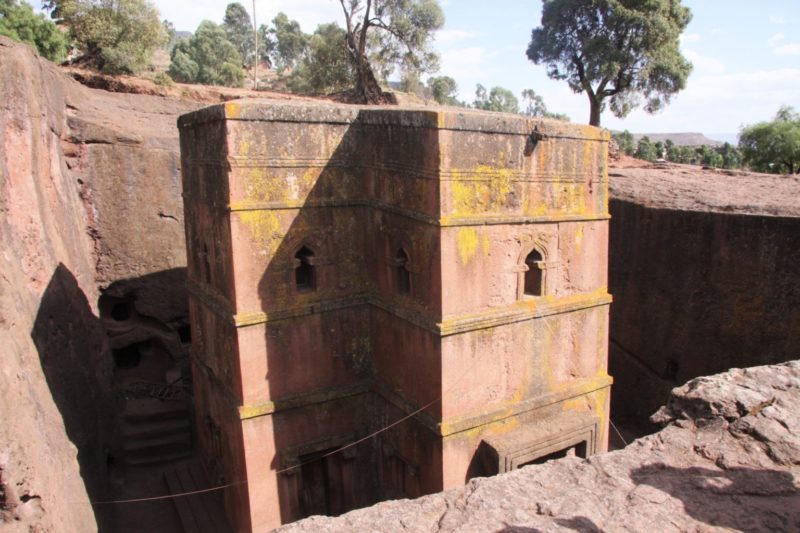 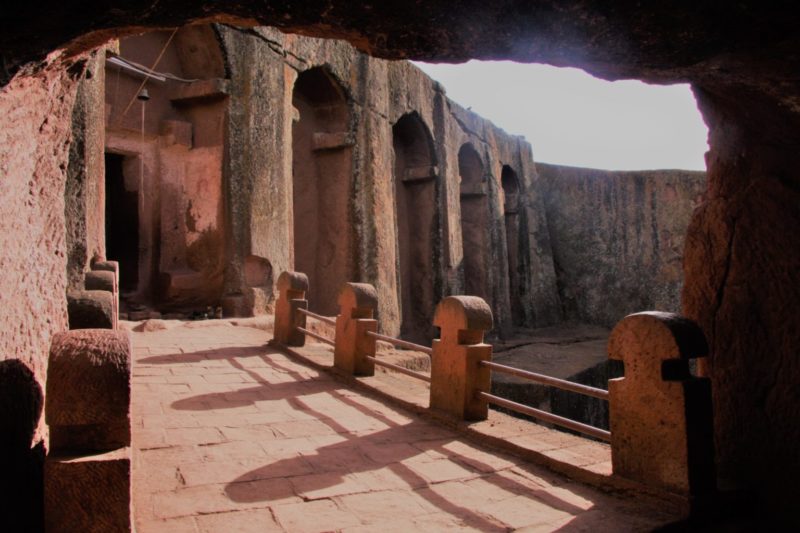 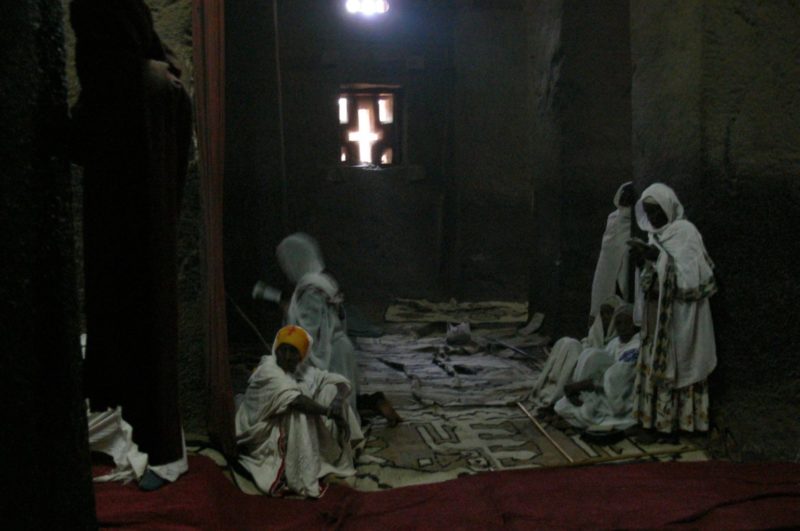 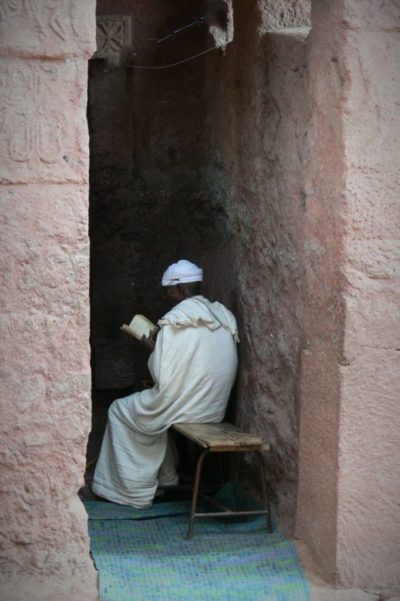 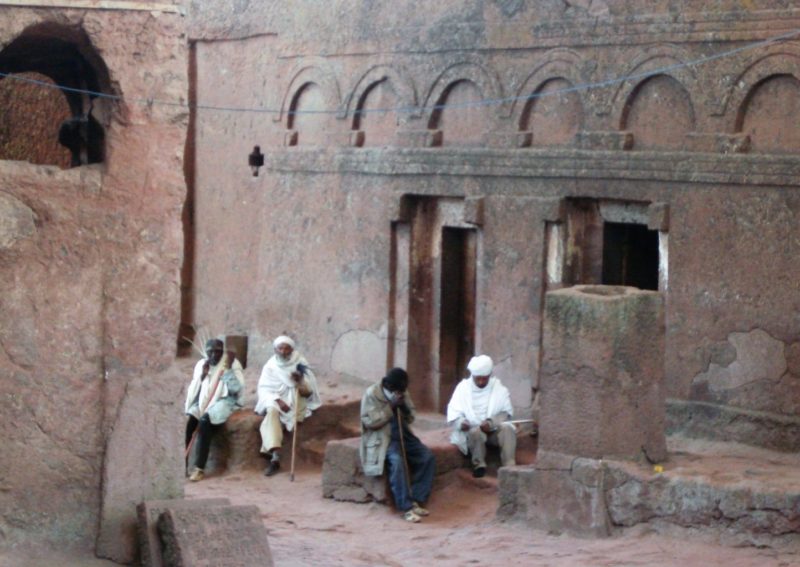 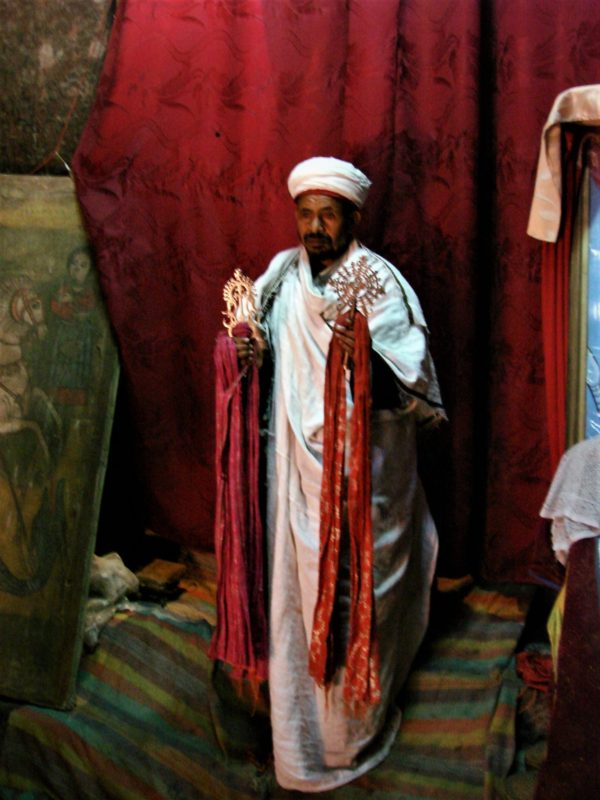 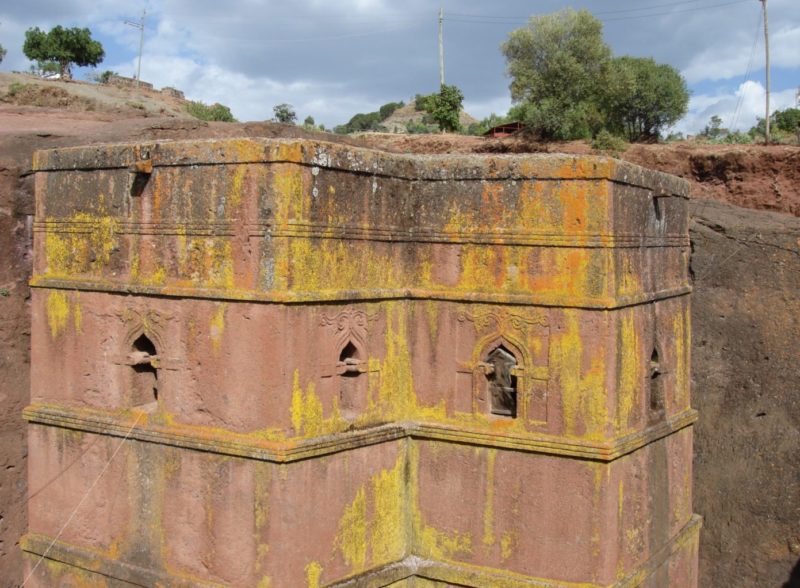 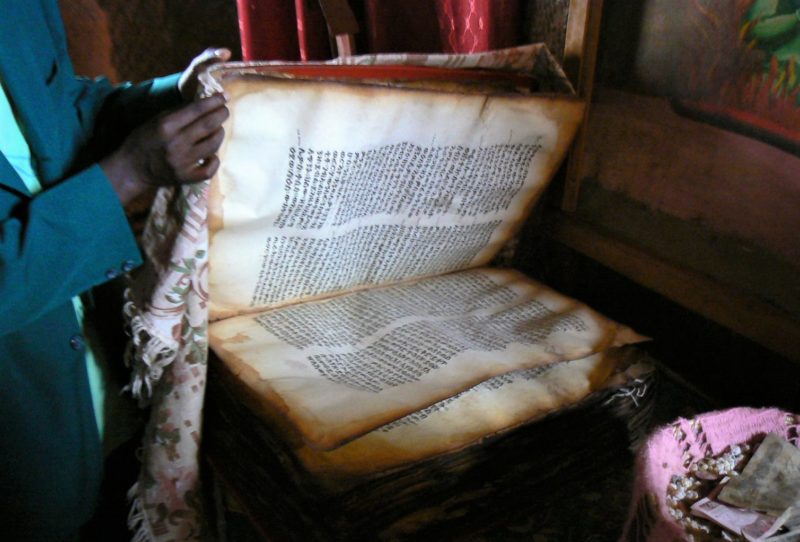 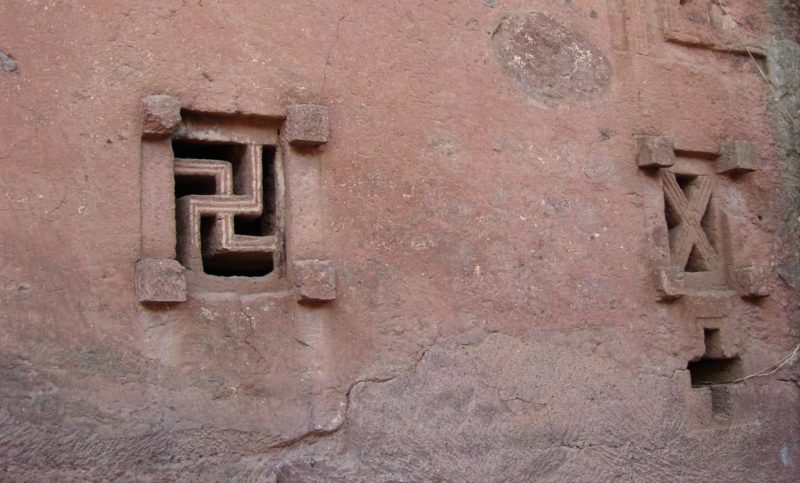 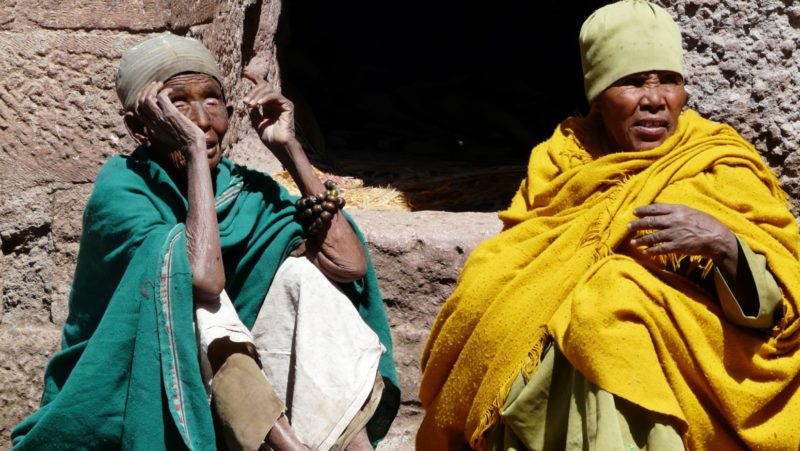 Special thanks to the authors of some of the featured photos: Rafal Janas, Anna Banczyk, Katarzyna Rudzka and Octavien Ginalski who participated in this trip.

🌎 World is like an open window - just look ahea

We spotted this splendid French Château on our wa

Olive grove in Andalusia - there are hundreds of k

Pisto is an excellent dish from the Spanish region

Hondarribia in the Basque Country on the Spanish-F