Everybody loves ice cream. It’s refreshing on a hot day, it’s mouth-melting and you can name at least 30 other associations with it. There are however different types of ice cream. I’d like to present you with a unique type, which is called Dondurma, or the Maras ice cream. It was invented in the Turkish (then Ottoman) town of Maras and it’s recipe was kept secret for over 300 years. It is unlike any other dessert of its kind anywhere in the world.

Because of its sinewy texture, the Maras Ice Cream is frequently hung on meat hooks when it is first prepared – in the ice cream parlours of its home town Maras. Customer orders are filled using a butcher knife. Add to it a full-measured “whack” sound of the butcher’s knife that results in a generous chunk of the ‘cold and delicious’… which the customer then eats with a sharp knife and fork!

How is it made?

Maras ice cream is made of milk, sugar, and powder from the tubers of wild orchids (“Dactylorhiza Osmanica”) which the Turks call “Osmaniye orkidesi.”. These oval tubers grow in pairs. The best ones dry to the colour of alabaster, indicating a high mucilage content. The tubers are dried, then ground into a whitish powder called “salep” which is used in the ice cream. The milk used can be goat’s, sheep’s or cow’s. Then the substance is mixed. The ice cream is then pounded with metal rods or wooden paddles for 20 minutes to develop its elasticity. It becomes so stiff it can be hung from a hook.

The Maras ice cream is made in different flavours such as vanilla, red currant, peach, pistachio, etc. You have to chew it. It melts as you chew.

As I mentioned earlier, the Ottomans kept a secret of making this ice cream since 1600s. However in the middle of the 19th century a Syrian merchant came to Istanbul and brought the secret recipe to Damascus, where he developed a local version of the Turkish ice cream called booza. The Syrian version was lighter and more airy than the Turkish version of the ice cream.

The maras ice cream (dondurma) is commonly sold from both street vendors’ carts and store fronts, where the mixture is churned regularly with long-handled paddles to keep it workable. Vendors often tease the customer by serving the ice cream cone on a stick, and then taking away the dondurma with the stick by rotating it around, before finally giving it to the customer. This sometimes results in misunderstandings among customers unfamiliar with the practice. Vendors often wear traditional clothing of the Ottoman period.

The most famous place in Maras to taste the ice cream is Yasar, the original ice cream shop in Kahramanmaraş started by Mehmet Sait Kanbur’s great grandfather late last century. Today the company has outlets all over Turkey.

When being in Kahramanmaras, we couldn’t omit Yasar. The interior of this ice cream restaurant is amazing – in the front it looks like a typical sweet shop, but then when you pass the first room and move into the restaurant part, it get’s way more oriental and exiting. We were lucky enough to get a table in the last room of the restaurant, so we could check the whole interior! We were even more lucky when we learned that we will not only have the opportunity to taste the original Yasar Maras ice cream in Kahramanmaras (which is already a great mix), but that we will have the opportunity to meet Mehmet Sait Kanbur, the ice cream brand owner, himself.

He loves to interact with his guests and talk about ice cream. His knowledge is huge, not only on Turkish ice cream, but also on various other types of ice cream. It was a huge pleasure to meet him and discover the man behind the brand.

The city of Kahramanmaras is located in South-Eastern Turkey, roughly 100 km from the Syrian border. Although there are over 100 thousand Syrian refugees in a 350 thousand city, the situation is calm and everything is well organised.

The town was called Maras for centuries, but when it was besieged by the armies of the Entente in 1921 and defended itself successfully, it was renamed to Kahramanmaras. “Kahraman” in Turkish means “hero”, as it was considered a heroic town. The locals quite often refer to their city as “Maras”, so you can find both names functioning in parallel.

The city has lots of interesting things to offer, not only the famous ice cream. The local bazaar is certainly an attraction in itself, with all the colours, smells and exotic spices. You can wander around in the maze of the narrow shopping streets and indulge yourself in the always impressing gorgeousness of the Orient. A great place to stroll after all the ice creams 🙂

And if after all this ice cream you want a coffee, then hop on our blog post about the black gold 😉

If you want a recipe of how to make the Maras ice cream, have a look at the SBS website.

Kahramanmaras hosts not only the delicious ice creams, but also other culinary specialities. For more information you can read a good article on A taste of travel blog. 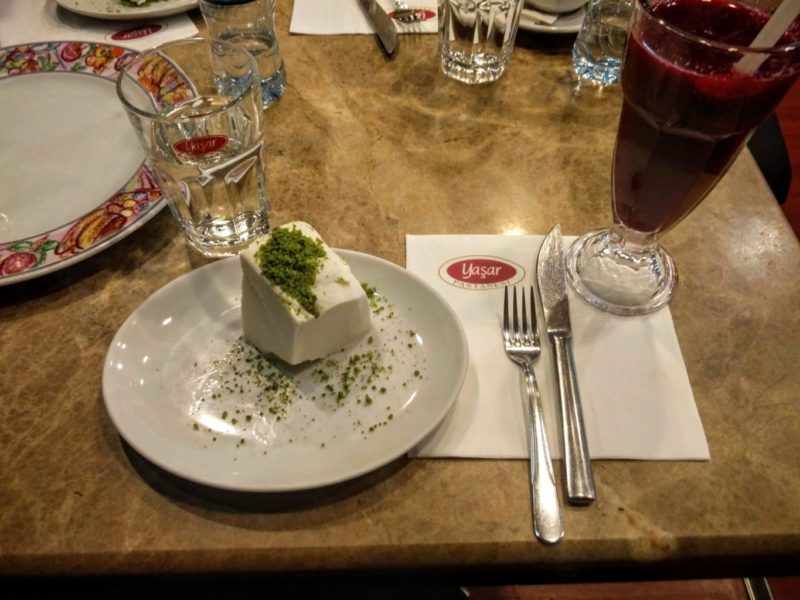 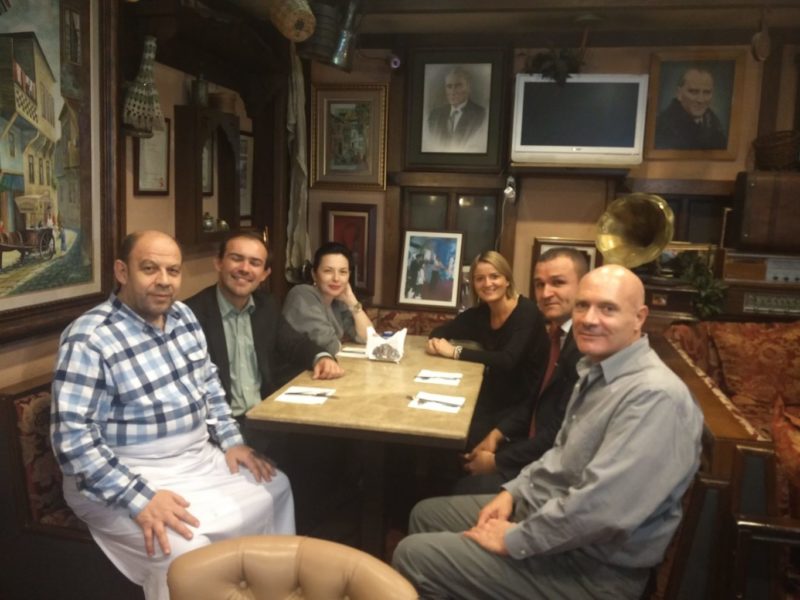 The famous Yasar ice cream restaurant with the brand owner sitting as the first on the left. 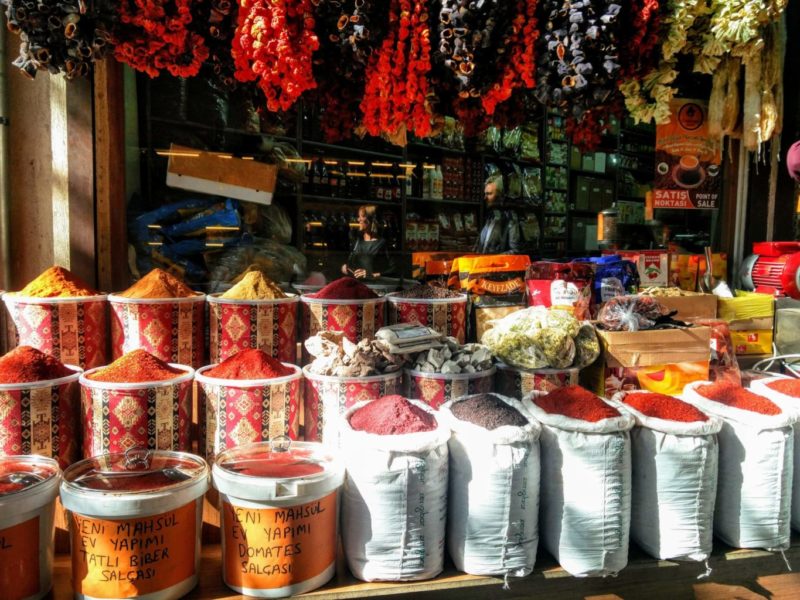 Kahramanmaras bazaar is an attraction worth experiencing for sure 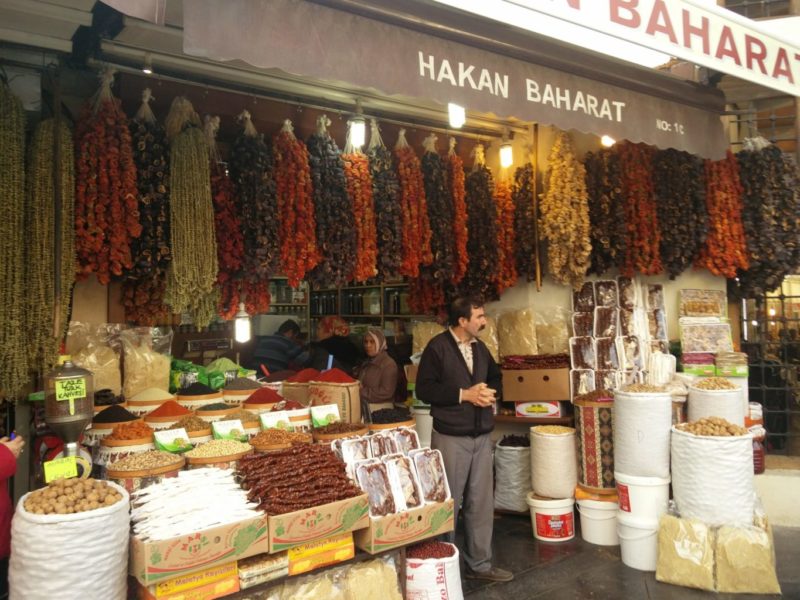 Who can name all the things hanging on the picture? 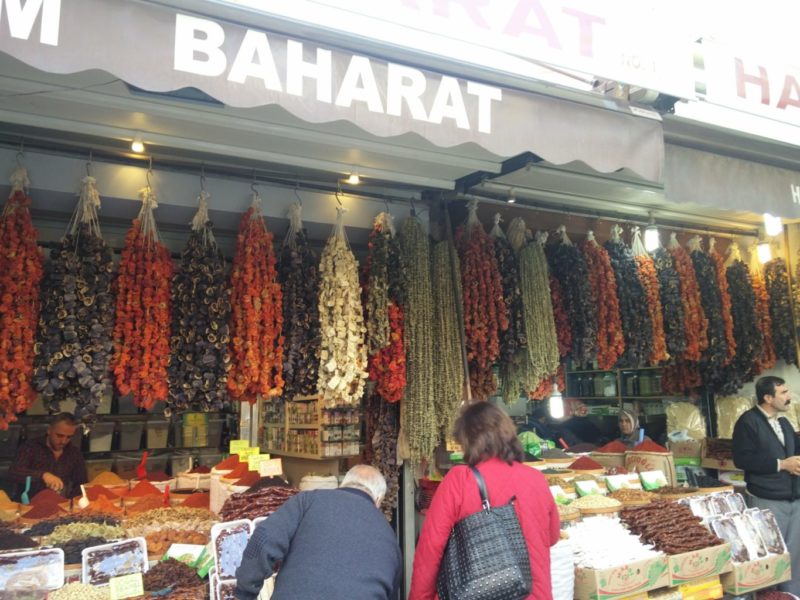