Imagine a fairytale winterland – crispy white snow glitering until the horizon, landscape full of nature – pine forests, white meadows and ice-covered lakes. Sunny, yet with the sun that brings bright light, but doesn’t bring the warmth. Cold, even very cold, but with air so dry that you do not feel the cold.

Air so clean that you would love to take a deep breath, but you know that that might not be so wise, as your lungs would freeze. Idyllic reindeer herds scattered somewhere in the woods.

Add to that vision some friendly people and sprinkle it with a bit of modern civilisation. That is how Lapland looks like in a nutshell.

But where is Lapland you may ask. There is no such country on the world map. And you are certainly right – there is and there was no such country. It is a historic territory split among three Nordic countries – Norway, Sweden and Finland. I had the opportunity this time to visit the Finnish part of it. It is as big as Portugal, yet with 98% less inhabitants. The number of reindeer slightly exceeds the number of inhabitants.

Reindeer herding is a very important part of the culture of the Sami, the indiginous people of northern Finland. Yet if you imagine that these people are a kind of a semi-wild tribe living in wooden huts, then you are very far from reality. Finland is a very modern country and having a 4G connection in the middle of nowhere is nothing surprising (it was the birthplace of Nokia if you might still remember it). The reindeer owners use computers to track their herds and special reindeer apps will help you while driving on Finnish roads (you don’t want to get stuck 200 km from the nearest town, because your car run into a reindeer, do you?).

…the Nordic lights. Even though they have been scientifically explained, they still look magical.

Reindeers are semi-wild creatures and they are quite afraid of humans. They can be domesticated only to a certain degree. Yet those which learn not to be afraid of humans are a great tourist attraction. Try to imagine the face of your child petting Rudolf and giving him reindeer moss. Or imagine yourself in a reindeer sledge dashing through the snow… you can already hear the Christmas bells in the background, can’t you?

Another unique experience in Lapland is the aurora borealis, known also as the Nordic lights. Even though it has been scientifically explained, it still looks magical. I wasn’t lucky enough to see it (which is why I plan to come to Lapland again) but I did see another phenomenon – the Nordic halo effect. The sun in Lapland is so low above the horizon that on some days around it you may be able to see a rainbow. A circular rainbow around the sun. It is much more narrow than the usual rainbow, but just as colourful. It looks amazing. I managed to see the halo effect around the Nordic moon as well.

Imagine walking through the snow at midnight in the middle of the forest. No torches needed as the full moon lits your way. You look up and you see the big bright moon surrounded by a circular rainbow which is well visible on the black sky. Yet instead of the seven colours of a typical rainbow it has different shades of grey and silver. That is what you can find only in magical places like Lapland.

And if all of that was not enough, Rovaniemi, the capital of Finnish Lapland, is also home to Santa Claus. The real Santa Claus. How many of you want to turn back into kids, see the elves packing the Chirstmas gifts, see the Santa’s sledge, look at all the wishlists coming from children from every corner of the Earth and than climb through the time stopping machine (yes, that’s how Santa manages to deliver all the gifts to all the kids in one night) to meet the real Santa? No one is immune to this charming spell – in the corridors of Santa’s house you might see photos of many famous actors and politicians sitting next to Santa and grinning like they were five years old again.

And if you want to relax after a day full of so many great but cold adventures, what better place could you find than another Finnish invention – the sauna? Well, that’s for another story yet to be told…

If you would like to visit this magical place, I can solemly recommend you to contact the Lapland Regional Tourist Council which is extremely helpful and will be able to answer to all your questions. 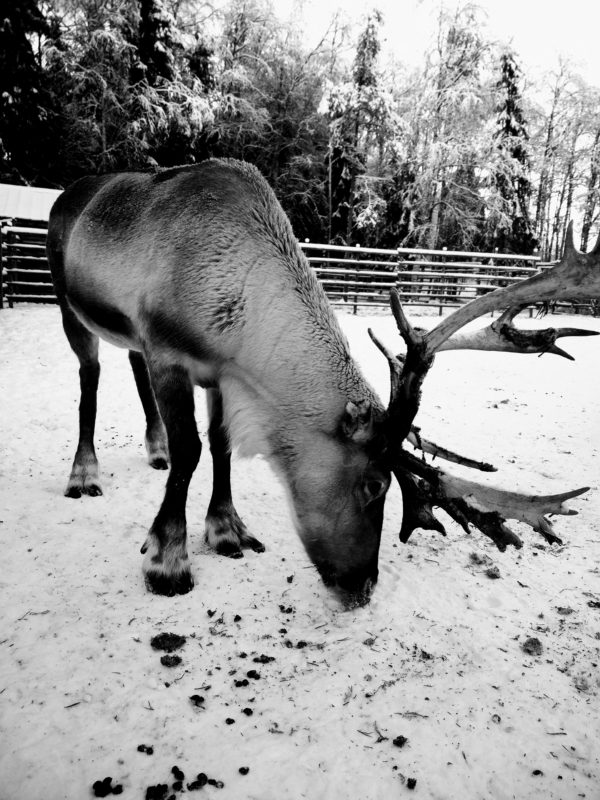 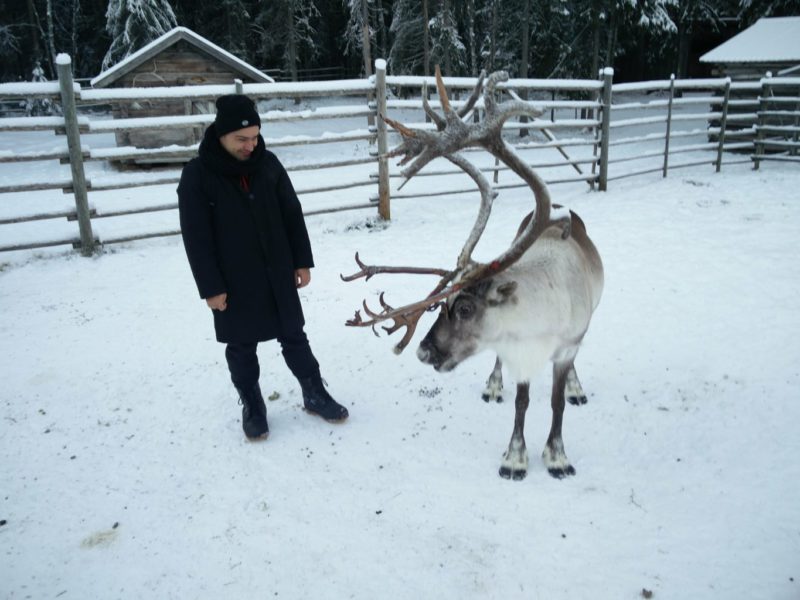 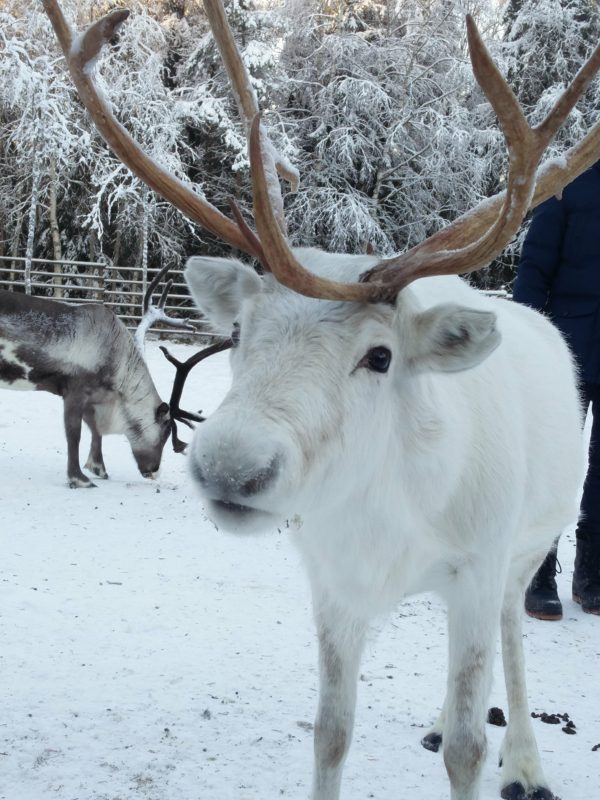 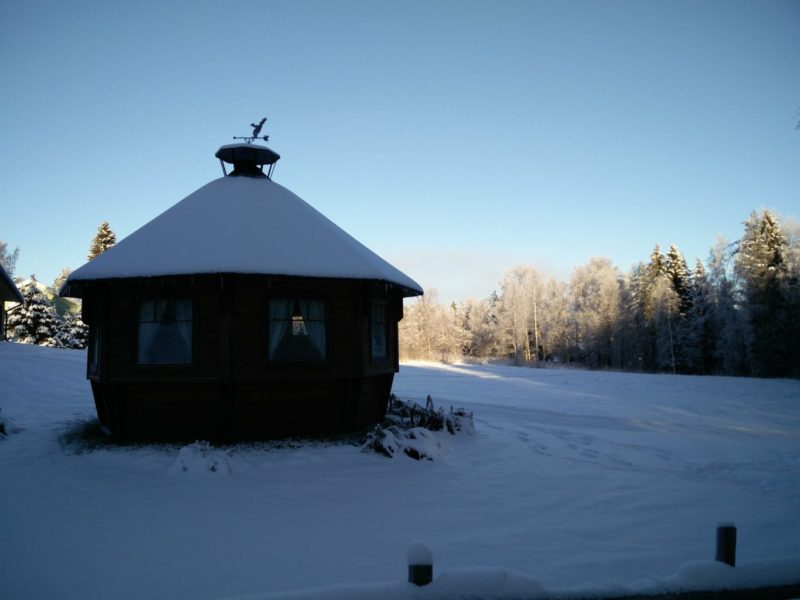 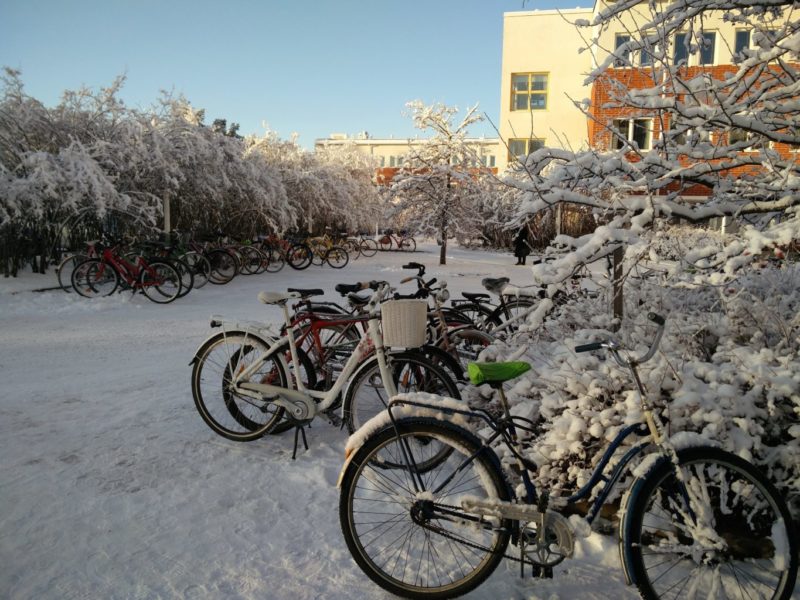 It's never too cold to bike - at the University 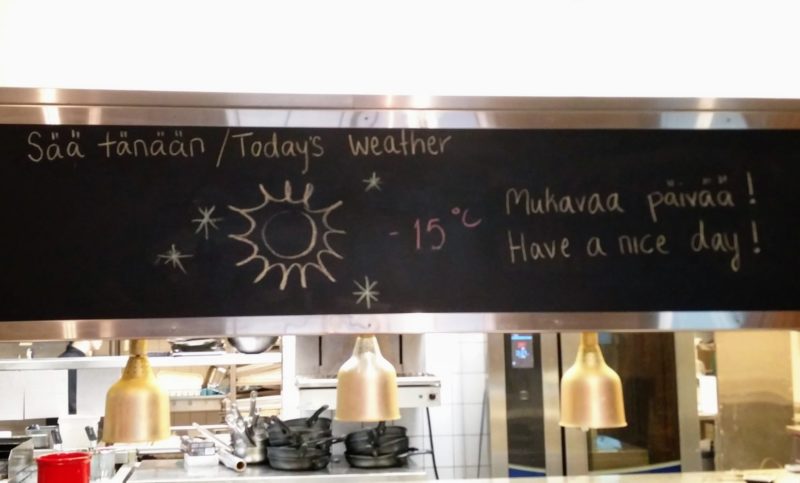 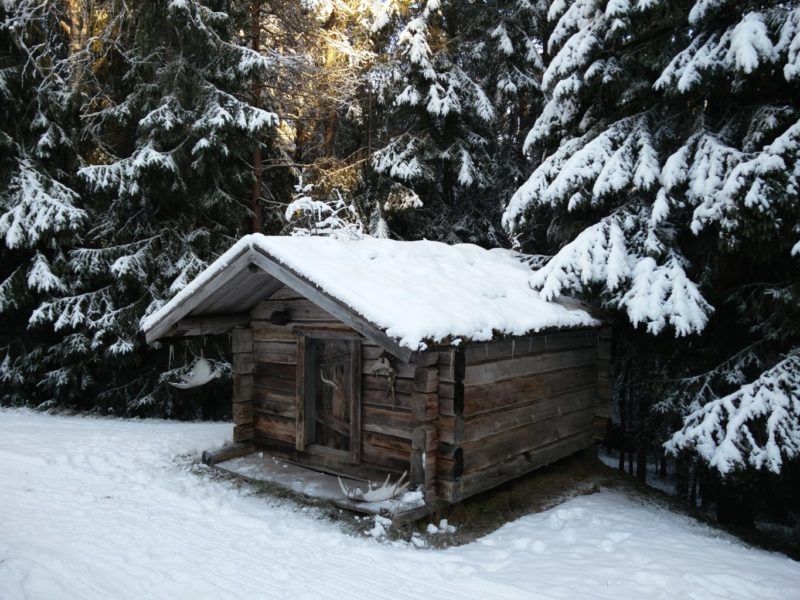 Rovaniemi – meet the real Santa in the winter wonderland 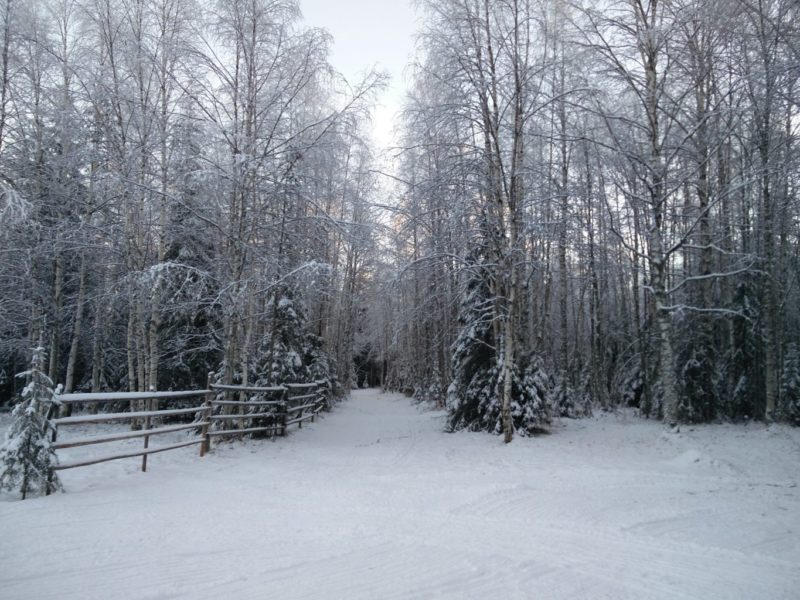 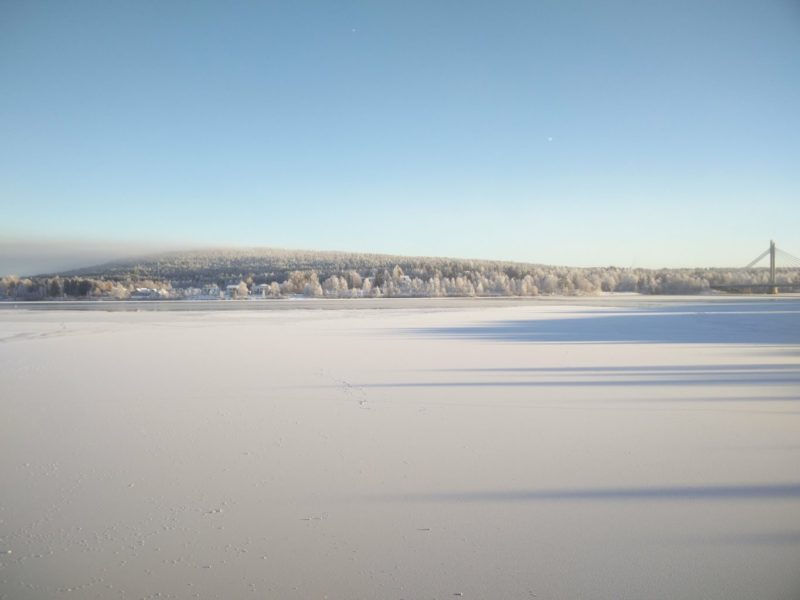 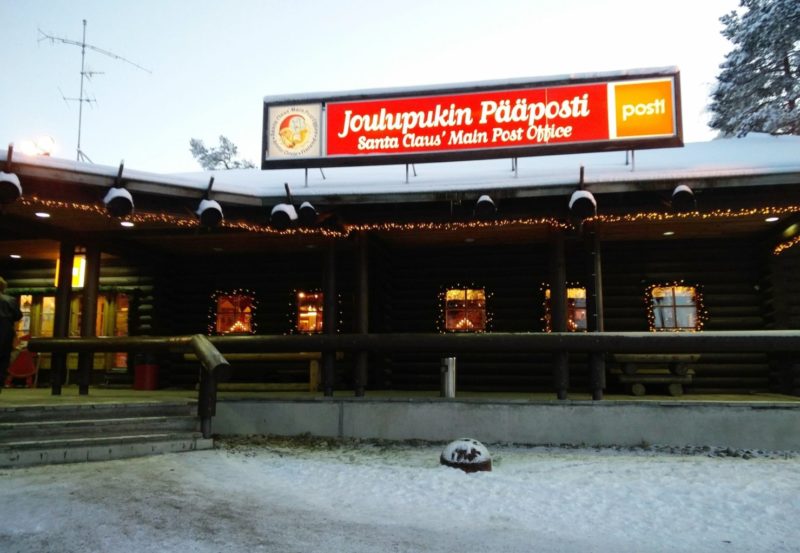 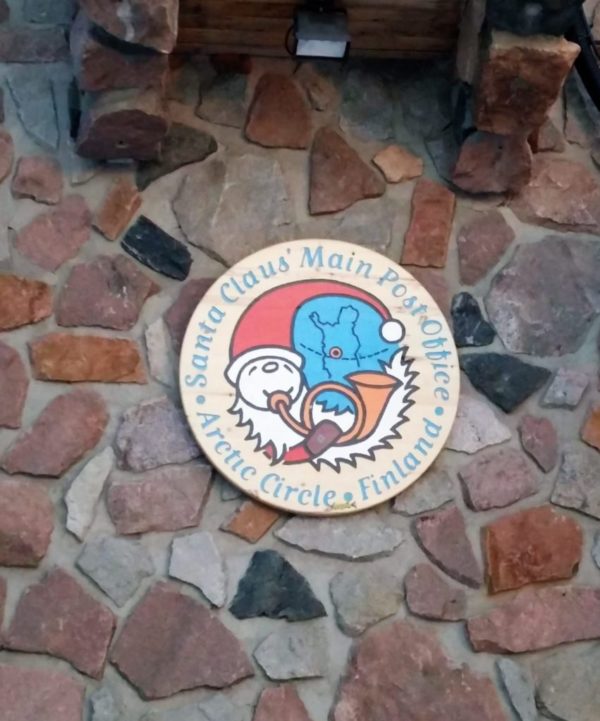 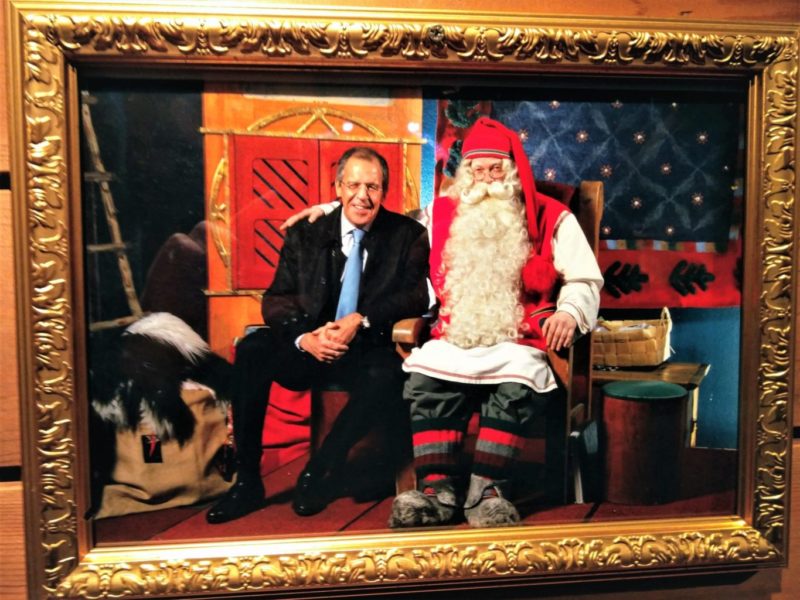 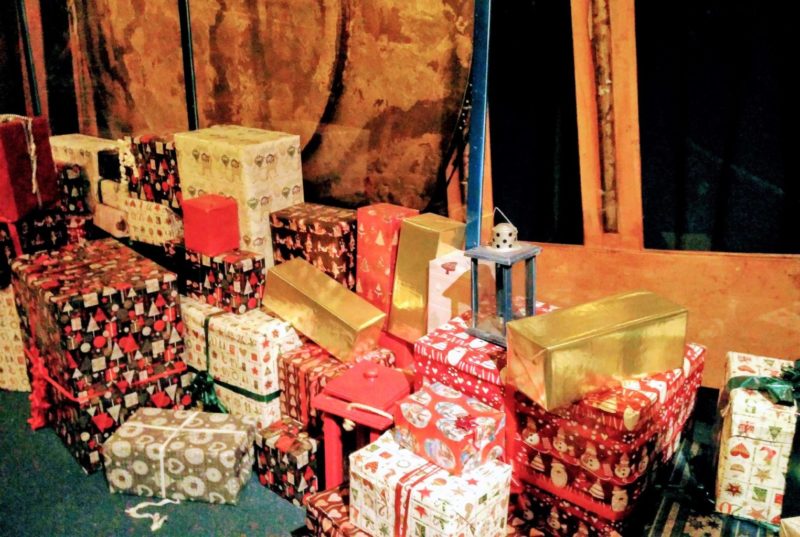 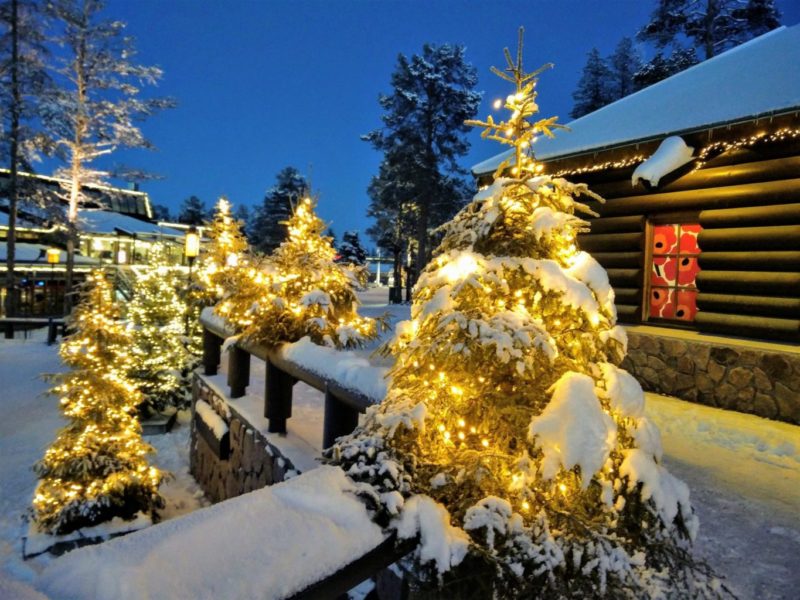 ☘The radiant spring beauty of our garden near B

🌿Tongeren is the oldest Belgian town, founded b

🌼Haspengouw is the southern part of the Belgian

Our thoughts today are in England, after having wa

To see the original globe made by the world-famous