Although most of Subsaharan Africa is not known for refined kitchen, Ethiopian cuisine does significantly stand out and is easily distinguishable. It is not world renown and you most likely have no clue what does it look like. That is exactly why I’ll be more than glad to familiarise you with it.

Before we start talking about food, let’s talk about beverages. The most known drink originating from Ethiopia is without doubt coffee. You certainly drink it regularly. Have you ever thought where does it come from? Let’s go back in time and check. Coffee became extremely popular in continental Europe in 18th century. It started with the first coffeehouse in Vienna, which was opened after the victory in the Battle of Vienna in 1683 against the Ottomans where the Austrian soldiers found huge amounts of coffee in the Turkish camp. The Turks enjoyed coffee for over 100 years already, which they took over from the Arabs. The Arabs started enjoying it in Yemen in mid 15th century. The Yemeni took it… from the Ethiopians.

It all started with a goatherd named Kaldi, who lived in the province of Kaffa in Eastern Ethiopia in 9th century AD. He discovered coffee when he noticed how excited his goats became after eating beans from a wild coffee plant, which grow freely in the mountains in the region.

Kaldi tried to eat the beans himself, but he found them bitter. He tried to roast them, but they became hard. He then tried to cook them and made a brownish liquid…that’s how the world first coffee has been brewed.

In Ethiopia coffee is called bunna, but it is from the name of the province of Eastern Ethiopia where the coffee trees grow freely – Kaffa – that we have the name coffee.

Coffee brewing in Ethiopia is a ceremony, which is a great thing to watch and enjoy. It is brewed in small pots which are placed over a fire for several minutes. The beans and the water are cooked together creating a non-transparent black liquid. It is drunk from small cups. The taste is quite different from the coffee you are used to, but I must admit I really liked it. I had the occasion to witness the coffee brewing ceremony in various places in Ethiopia – Lalibela, Harar, Addis Abeba and others. Each time it was a pleasure both for the eyes and for the mouth.

If we are into beverages, then let’s talk about tej. It is an alcoholic drink typical for Ethiopia. Tej is made of honey which is fermented with water. It is nice, sweet and not too strong. Certainly worth trying when you’ll be in Abyssinia. The traditional vessel for drinking tej is a rounded vase-shaped container called berele, which looks like a Florence flask. Tej is usually homemade, but throughout Ethiopia it is available in “tej houses”.

Let’s talk about food as well. The basic food of Ethiopian cuisine is injera. When you are there, you will probably eat it nearly every day. It is a huge pancake made of flour made of teff, a type of grain which originally grows only in the Highlands of Ethiopia. Injera is pale, white-greyish, quite humid and spongy. As the dough is slightly fermented before being baked, injera has a delicatly acidic taste.

It is served in the middle of the table to be shared by all. As we were a group of sixteen, we had the possibility to enjoy the Ethiopian virtue of sharing the injera every evening.

Injera is eaten by hands (use only your right one!). Each one tears a bit smaller than his/her palm and then tops it with different kinds of food which have been served. Injera is not particularly delicious. Injera is meant to be an addition to the dish and should not dominate it with taste. It does however create the unforgettable taste of the Ethiopian cuisine.

As we have presented injera, it is now time to top it with other kinds of food typical for the Ethiopian cuisine. On top of an injera you can find different kinds of wats, which are similar to stews. The preparation of a wat begins with chopped onions slow cooked, without any fat or oil, in a dry skillet or pot until much of their moisture has been driven away. Fat is then added and the onions and other aromatics are sautéed before the addition of other ingredients. This method causes the onions to break down and thicken the stew. A good example of wat is the doro wat. Its main ingredients are chicken and hard boiled eggs. I must admit that it is one of my favourite wats.

What do you think of Ethiopian cuisine? Would you be interested in trying it? 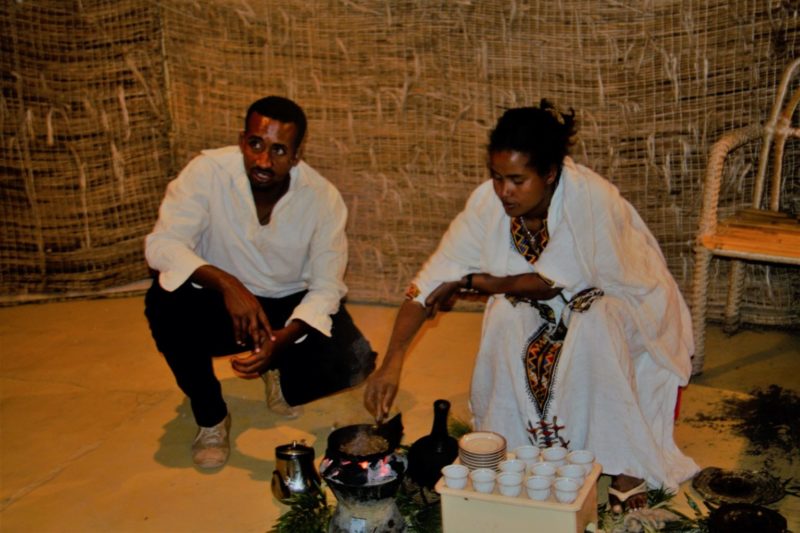 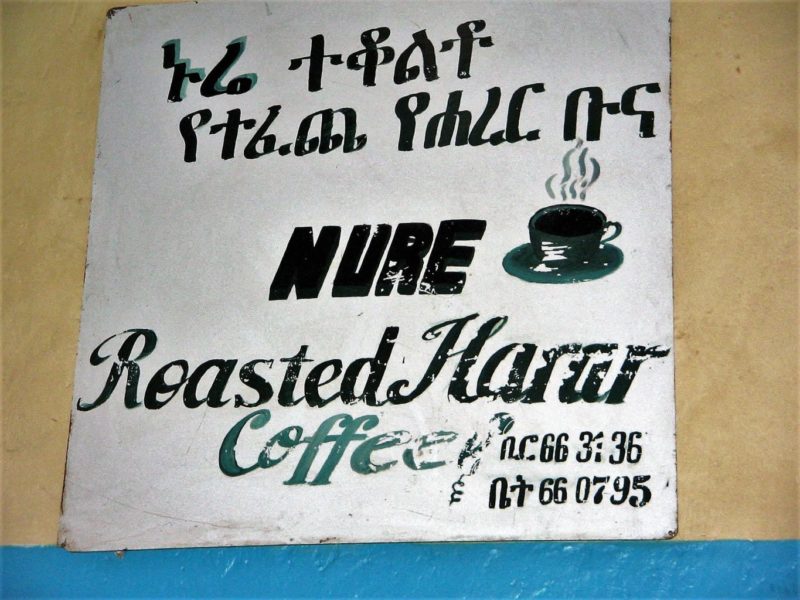 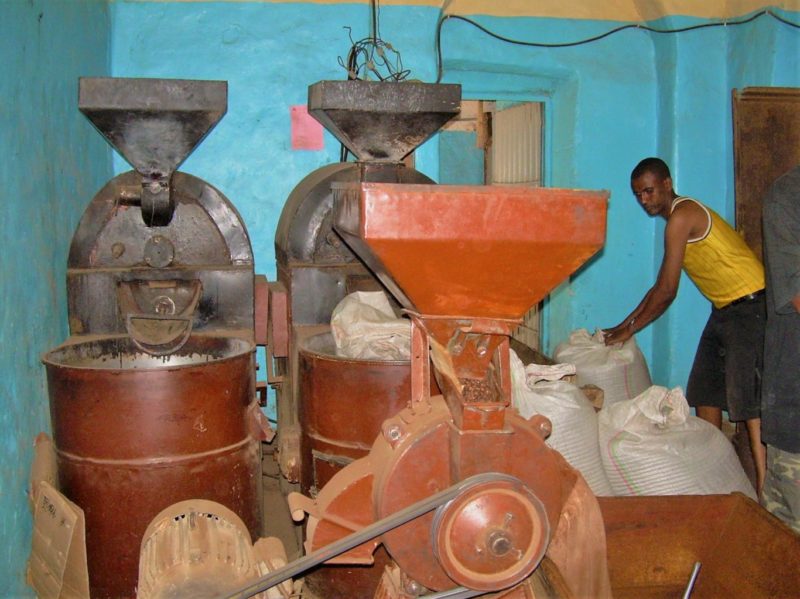 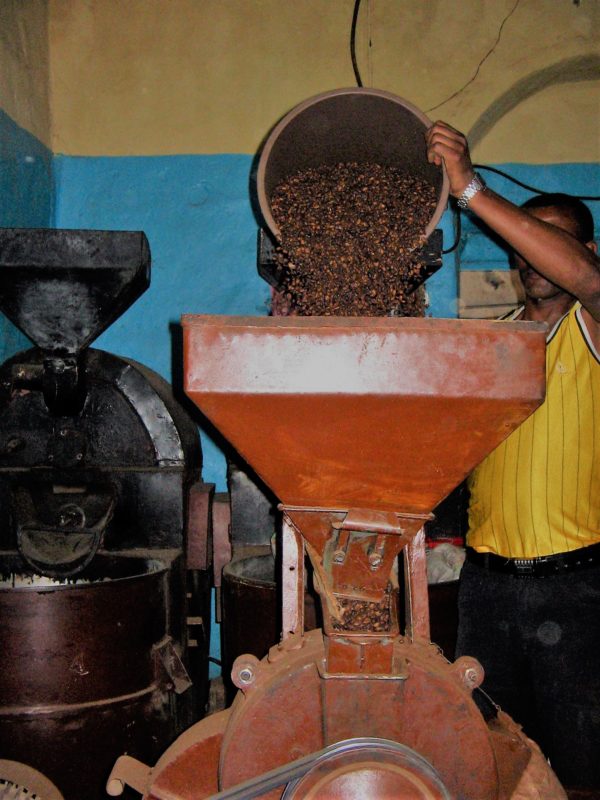 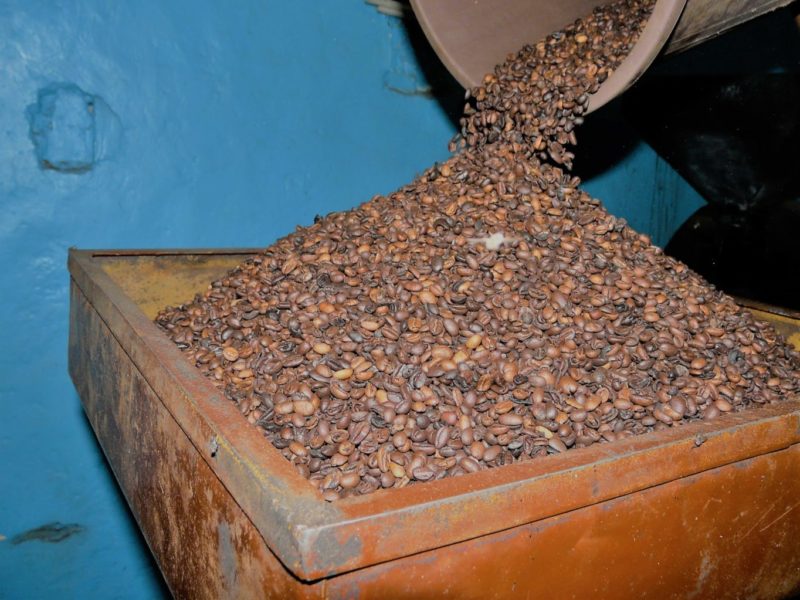 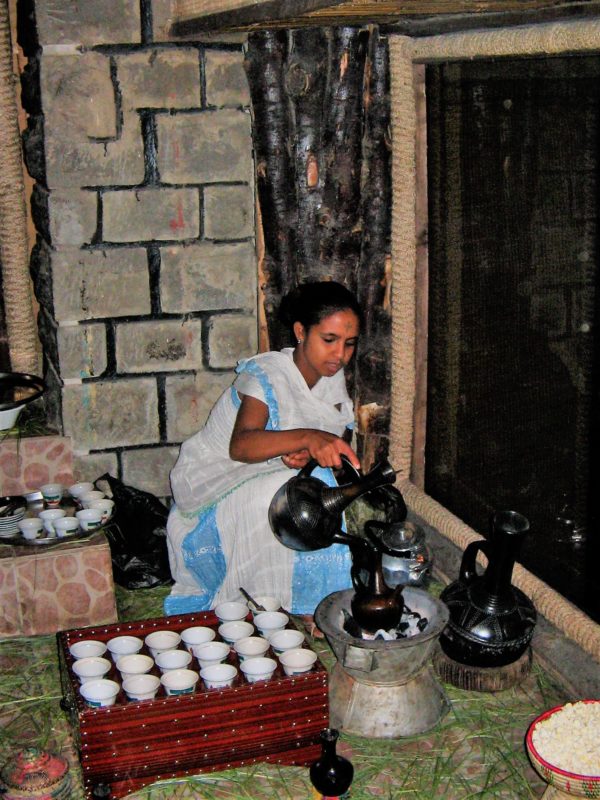 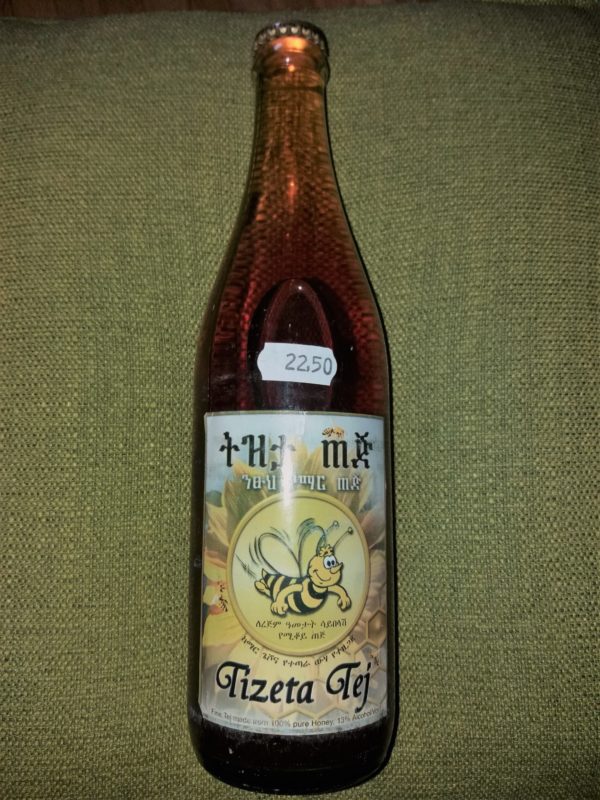 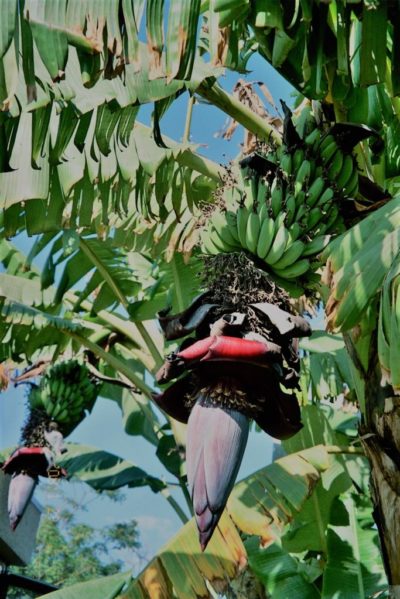 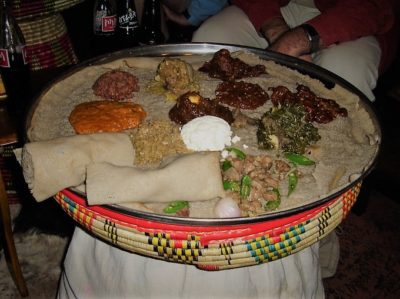 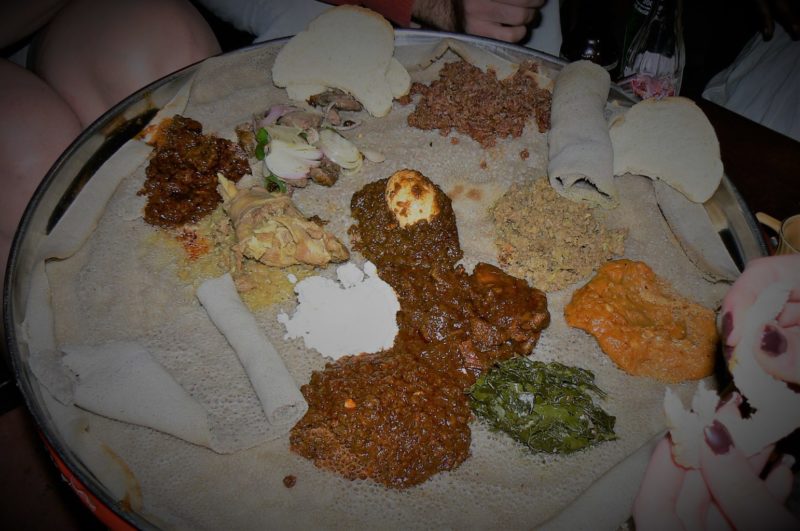 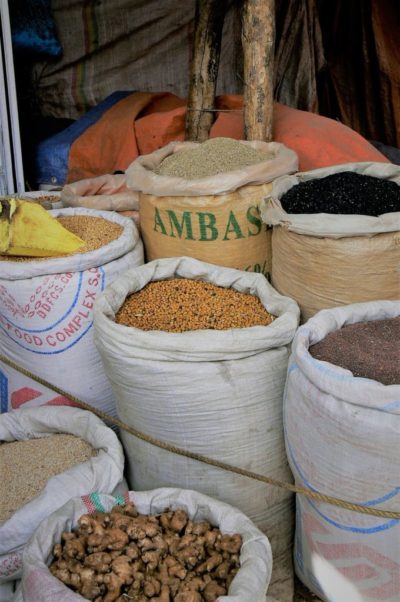 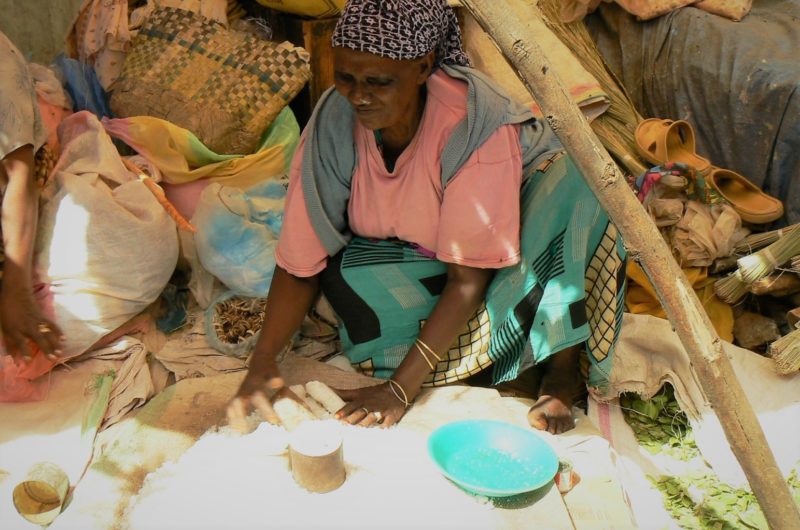 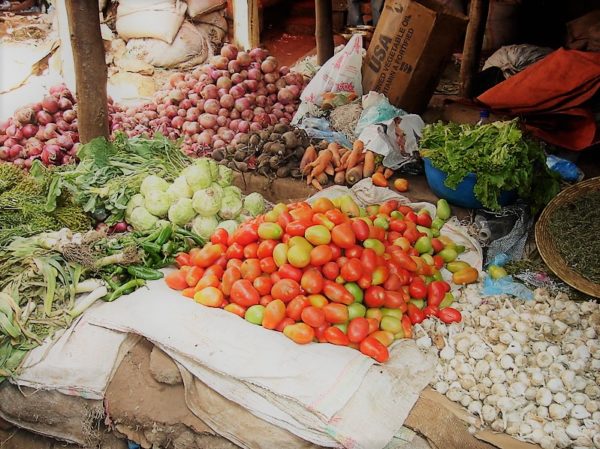 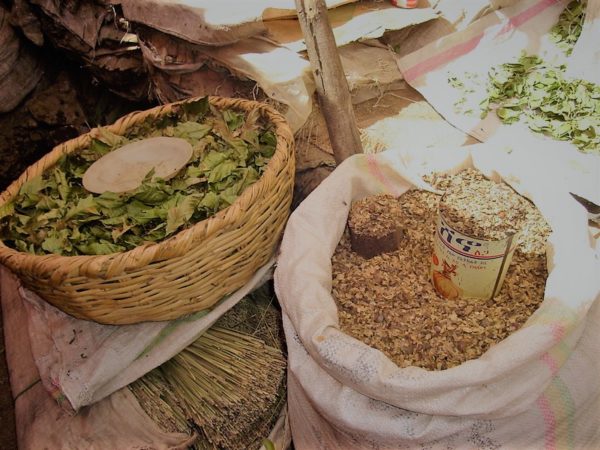 Sunday trip to one of the most remarkable Belgian

🥂We went to Versailles to celebrate ou 11th wed

🔹 Can't get enough of Versailles - here is prob

🔸Time for the splendid interiors of the Versail

The gardens of the Versailles Palace - a model for