Our next stop on the first day of the Kent trip after visiting Great Dixter was the iconic Bodiam Castle. It was a bright sunny afternoon, spring fresh air and vivid colours around was just everything what we needed after the long winter.

Ideal weather for strolling, running and enjoying shift of the seasons. The castle itself, incredibly picturesquely surrounded by a moat, it looked like taken straight from some kind of a knights-and-princesses fairytale. We were slowly approaching it following a narrow path, leading sometimes quite close to the water, which was a challenge for us having two young playful children running aroud. Finally we found ourselves in front of the castle, and, meeting the ducks and stepping carefully on a long wodden moat, we entered through the imposing gate.

When and why was it build? In 1372, halfway through the Hundred Years War, England was in the defense – it lost control of the Channel and the English coast begun to suffer devastating French raids. 13 years later, Sir Edward Dalyngrigge, a Hundred Years War veteran, asked king Richard II for permission to fortify his house which was lying less than 20 km from the shore.

With the royal permission granted, Dalyngrigge used his years of experience to build an ideal late medieval four-square fortress. The Sussex marshes provided enough water to surround it with a wide moat which could only be crossed through a series of three drawbridges crossing through a barbican to improve the defense lines.

Our kids had so much fun discovering the interior of the castle covered with grass, its hidden spiral straircases, mysterius doors and gates leading to nowhere.

In the impressive gatehouse is the castle’s original wooden portcullis, an extremely rare example of its kind. Bodiam Castle is an archetypal 14th century moated castle with ruined interior. What survived until now gives us an idea of its medieval splendour. Our kids had so much fun discovering the interior of the castle covered with grass, its hidden spiral straircases, mysterius doors and gates leading to nowhere. They could sit on  their thrones playing real kings and queens or knights and ladies-in-waiting maybe? Intense spring sun played lovely reflections on the surrounding water. Just use your imagination and Bodiam Castle proves to be a magical place.

The castle offers lots of seasonal events throughout the year.

Visit to the Bodiam Castle was part of our Kent and East Sussex Trip. Find out more about it below! 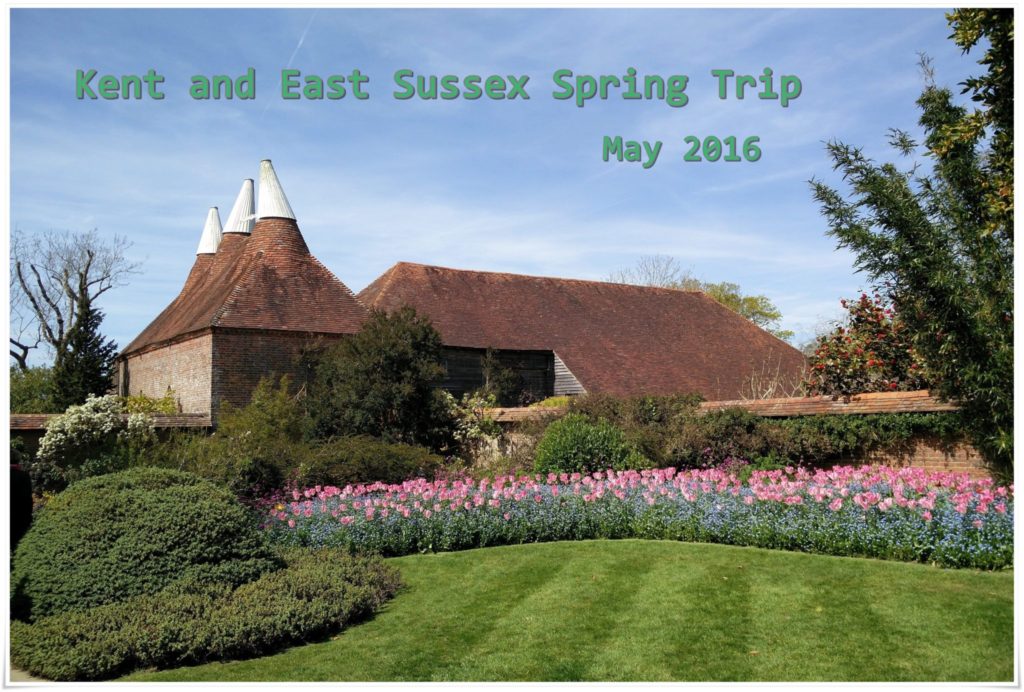 We cordially invite you to visit the National Trust webpage which provides a lot of practical information about the castle. For further reading we recommend the book “Houses of the National Trust” by Lydia Greeves. 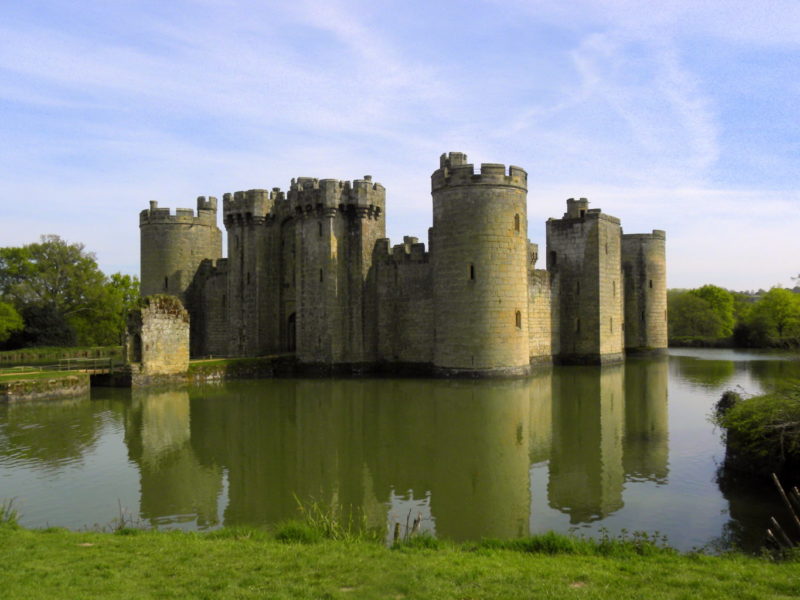 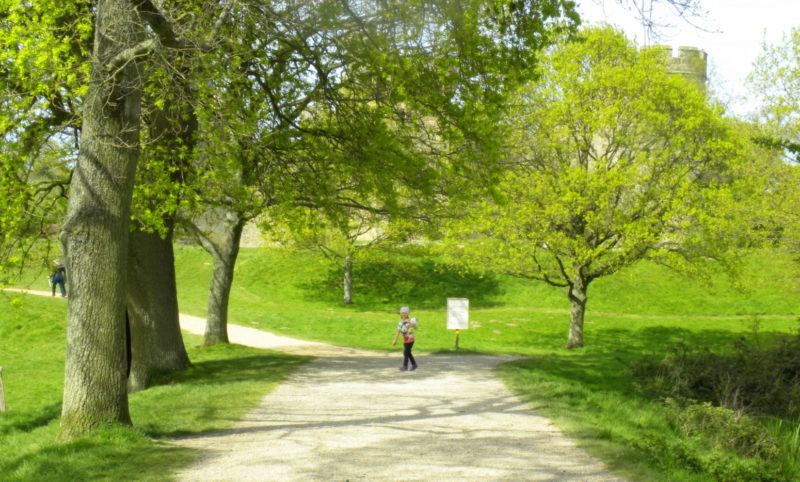 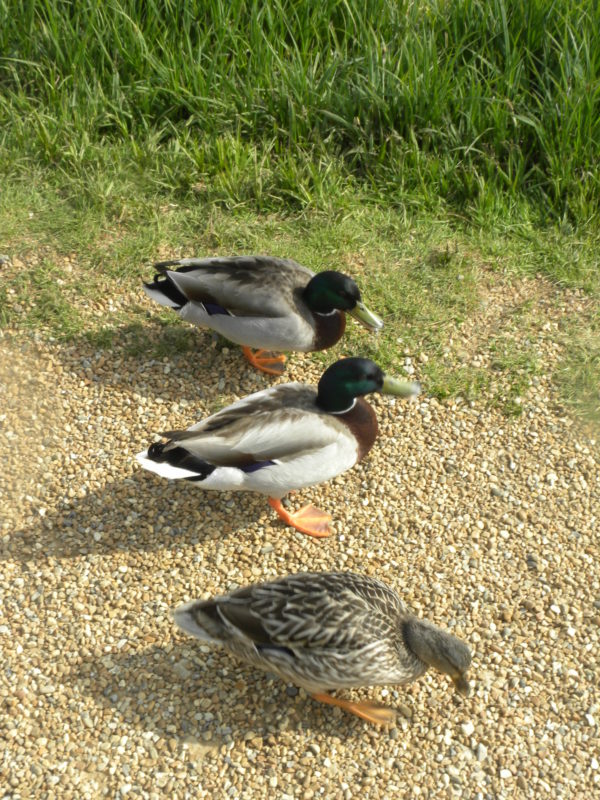 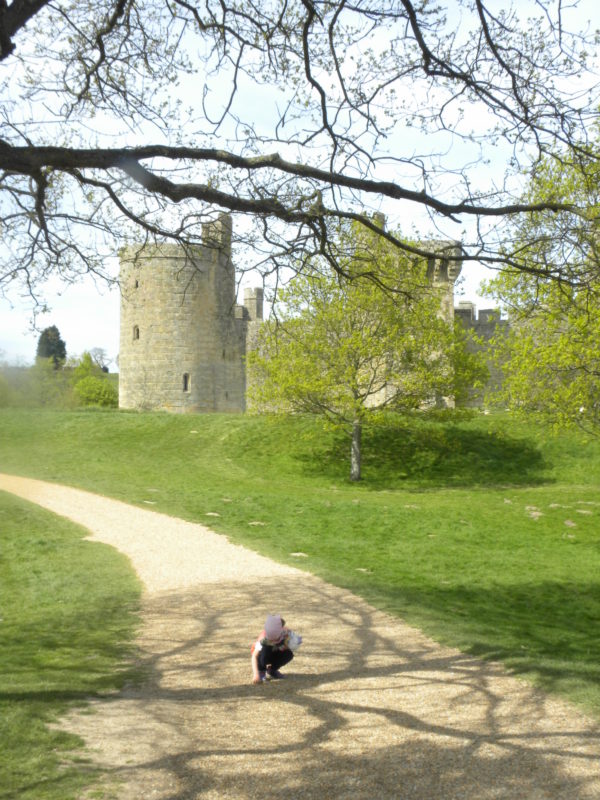 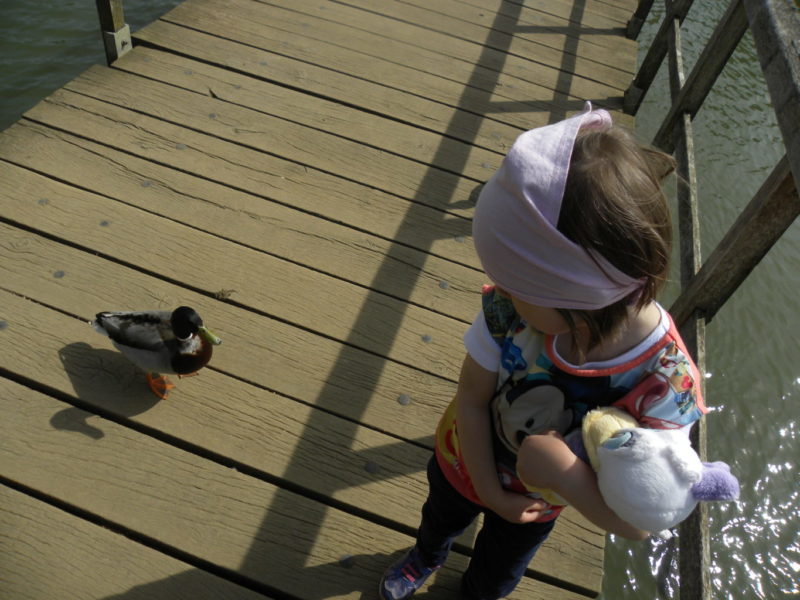 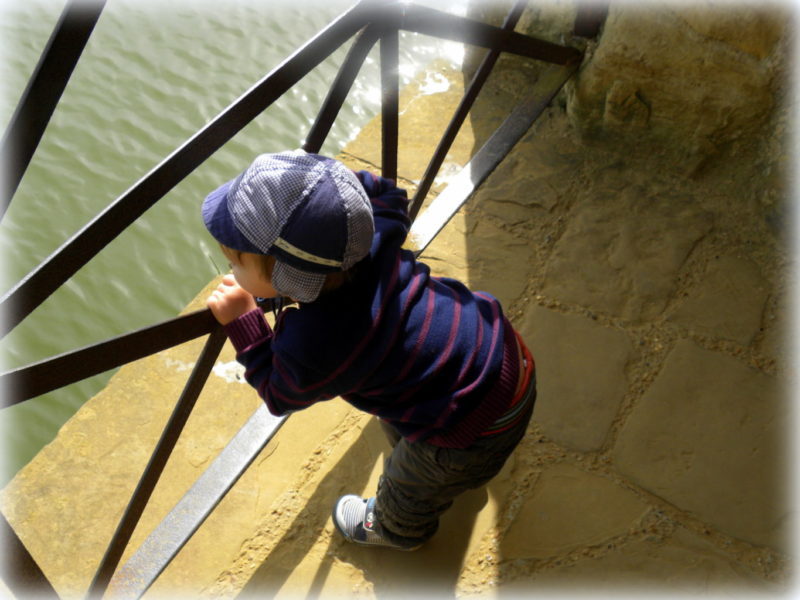 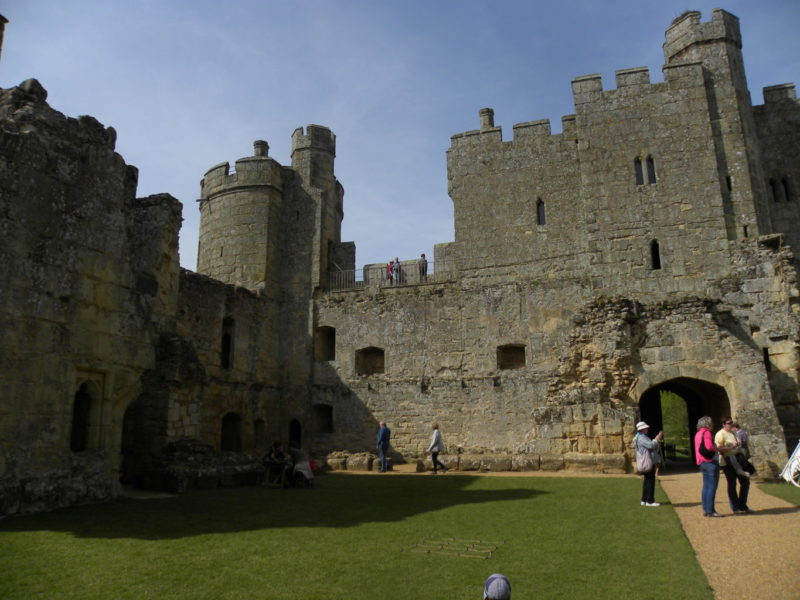 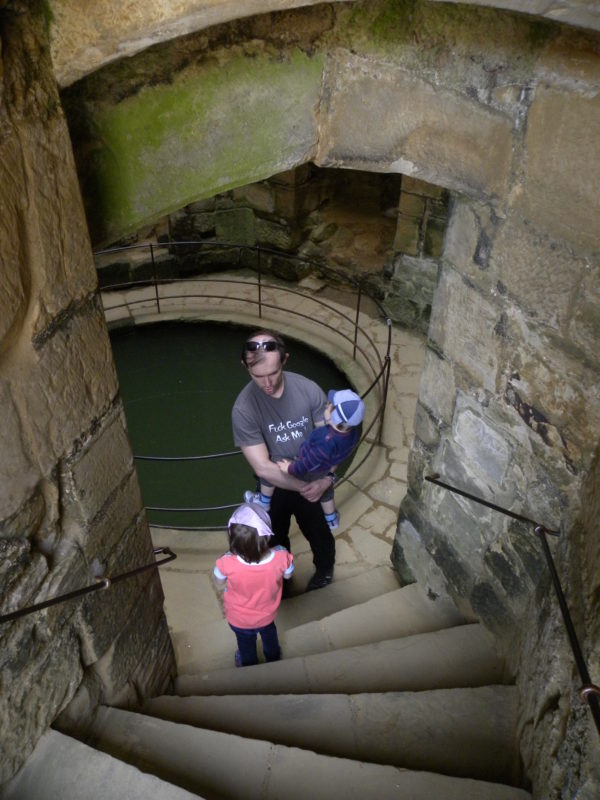 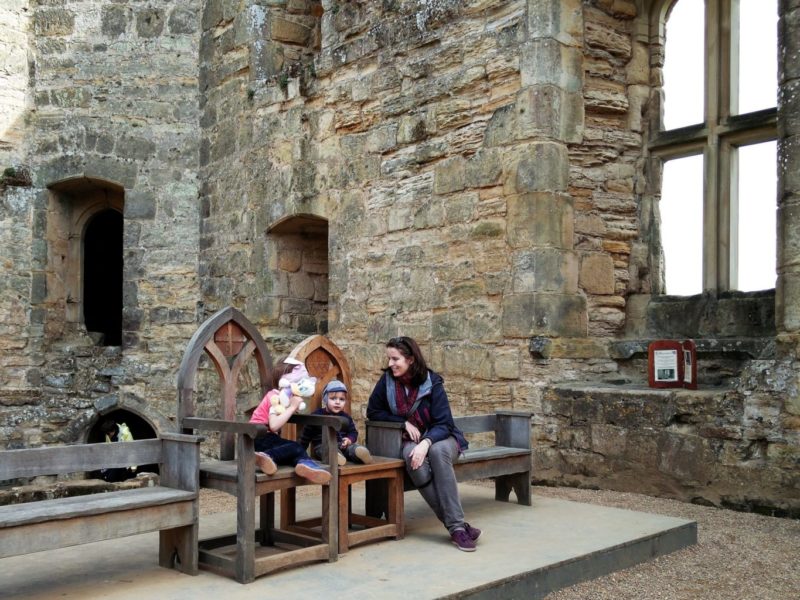 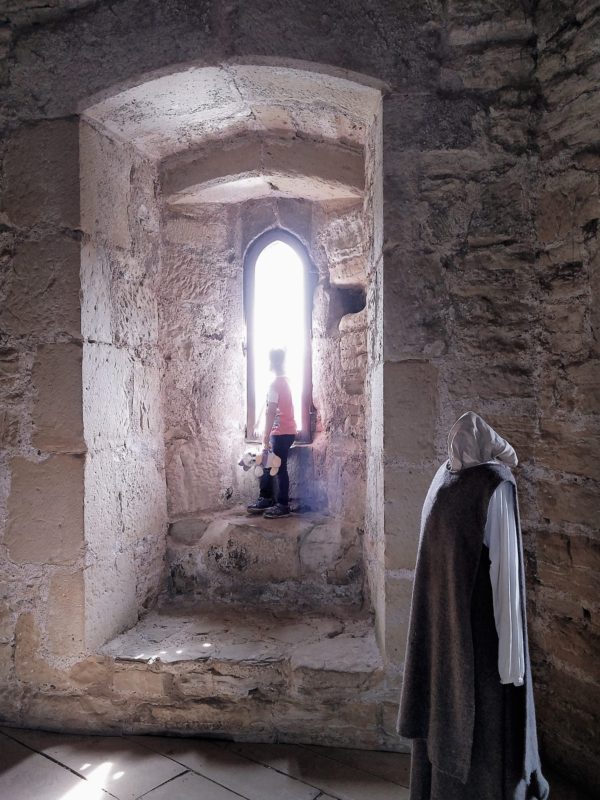 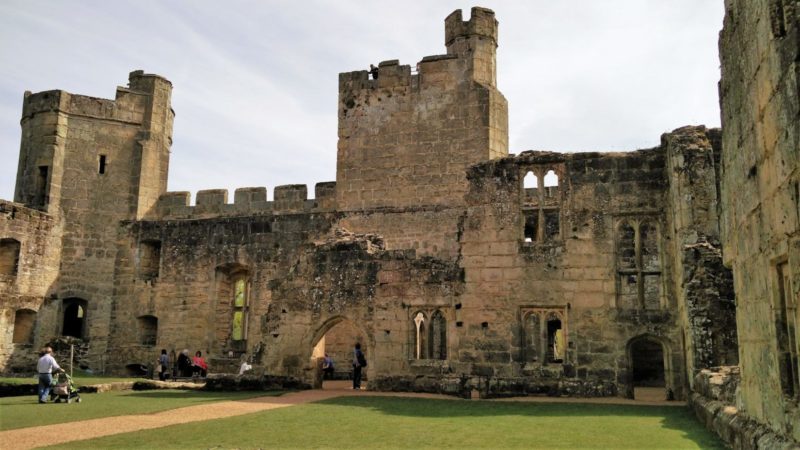 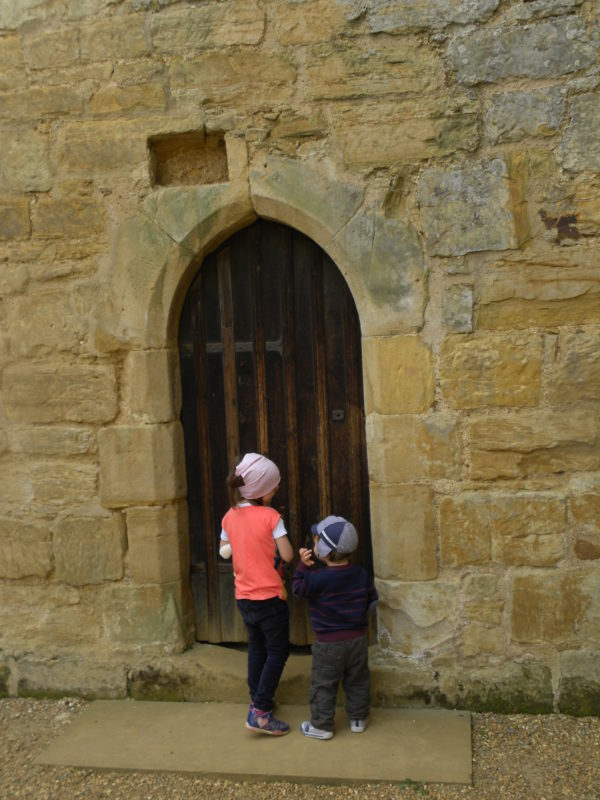 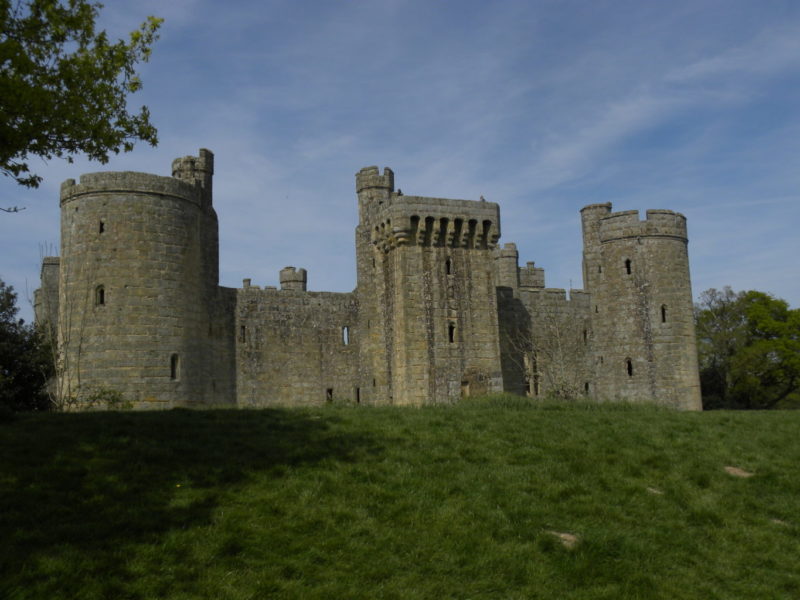 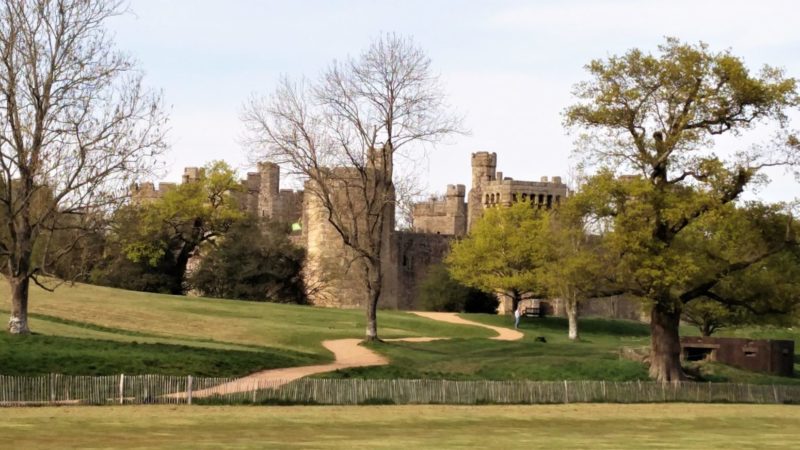