I must admit that I particularly enjoy visiting places like Abbaye de Montmajour. Presenting an imposing architectural ensemble, built from local stone, calm and uncrowded. Like many other great abbeys we have seen, it has a unique atmosphere and genius loci, deriving from the fact that it used to be a place of solitude, work and prayers.  Abundant with turbulent history and  obscure legends, yet surviving – even if ruined – till our times. But let us start from the beginning…

The story of Montmajour starts a long time before Christ and before the Abbey was built. Let us imagine a solid rock, rising 43 meters above the surrounding treacherous marshland. This is where its name comes from – “Mont Majour” or “mont majeur” – the major mountain, the big rock which was for a long time actually an island, reachable only by boat. A group of hermits established here a cemetery and looked after it. They also struggled to drain the marshes between the Alpilles mountains and the Rhone river. In 949 AD Teucinde of Arles, a Provence noblewoman, acquired the island from the Archbishop of Arles and left it in her will to the hermits. She gave instructions to establish a monastery under the Benedictine rule. However, the hermits’ spirituality has always been an important part of Montmajeur. Today the oldest surviving building of the abbey is the hermitage of Saint Peter dating back to 11th century. It is undoubtedly the most intriguing part due to the strength of expression of its Romanesque vaults.

At that time ( 11-14th centuries) the monks buried the corpses of noble men directly into the rocky slope. As a reward they obtained testimonial rights, for which they conducted private masses requested by the families of those who passed away. The older graves had carves for head, shoulders and feet, the newer were more rectangular in shape, all of them mostly oriented towards the east. The niches still remain and make this place unique.

The place left in us the feeling that there are so many reasons to visit the Benedictine Abbey of Montmajour –  an exceptional example of a monument witnessing nearly eight centuries of history and architecture in Provence.

In the twelfth century the present main church of the Abbey was built on a plan of a Latin cross. It included an underground crypt.  Its only nave vaulted cradle has a height of sixteen meters. The church, ambitiously planned, was never finished – of the five spans originally planned, only two were completed.

The significant part of the Abbey is the medieval cloister, whose carved consoles on the wall and the column capitals on the garden side evoke sacred and secular subjects. The sculptures are both realistic and fantastic.  They illustrate the medieval world inhabited by beasts and monsters, wild and domestic fauna (bears, camels, donkeys), sometimes fantastic (dragons, chimeras) or  human faces with horns and devils surrounded by flames. These remarkable sculptures recall the cloister of the Saint-Trophime cathedral in Arles or the sculptures of the nearby mighty Tarascon Castle. It is a fantastic bestiary, incarnation of the devil.

As the years passed, part of the existing buildings collapsed (18th century) and they were replaced by imposing new constructions. The last abbot, the Cardinal of Rohan, was involved in the queen’s necklace affair (remember The Three Muskieterees by Dumas?), which resulted in suppression of the abbey as retribution (1786). A few years later, during the French Revolution, the vast complex of buildings was sold as national property. The buildings were dismantled – furniture, panelling, lead, timberwork and marble was all sold out. It was the actual end of the Abbey. However, gradually, the people and the authorities of Arles came to appreciate the place and brought it back to life.  In 1872 the restoration of the medieval part started, but the Baroque part remained in ruins. It provided one of the settings for the Oscar winning historical drama The Lion in Winter (1968) with Peter O’Toole, Katherine Hepburn and Anthony Hopkins. Now the ensemble is a national monument.

The imposing donjon of Montmajour (built around 1373, 26 meters high) once dominated the lands of the monastery. It offers stunning views from the top platform (124 steps). One can admire the valley –  les Alpilles mountains, the Roman city of Arles, les Cevennes National Park, the nearby towns Beaucaire and Tarascon. When we were there the heat was really overwhelming (July!) so we tried not to stay too long in the sun, especially keeping the ten months old Laura in the shadow. Nor did we climb the steps up with the baby. But she definitely enjoyed the place and was really curious about anything she could see. The surrounding landscape – once marshes, now fields with tropical plants like abundant agaves – and extreme temperature reminded Michal of Mexico.  Due to its beauty Montmajour is yet another place linked to Vincent Van Gogh, who lived in nearby Arles and frequently painted and sketched the Abbey and the landscape. The place left in us the feeling that there are so many reasons to visit the Benedictine Abbey of Montmajour –  an exceptional example of a monument witnessing nearly eight centuries of history and architecture in Provence.

If you wish to read more about this fascinating place, I recommend looking up to one of those trustworthy guides:

For all practical information concerning the abbey head to the trilingual (fr-en-es) website of the monument http://www.abbaye-montmajour.fr/ 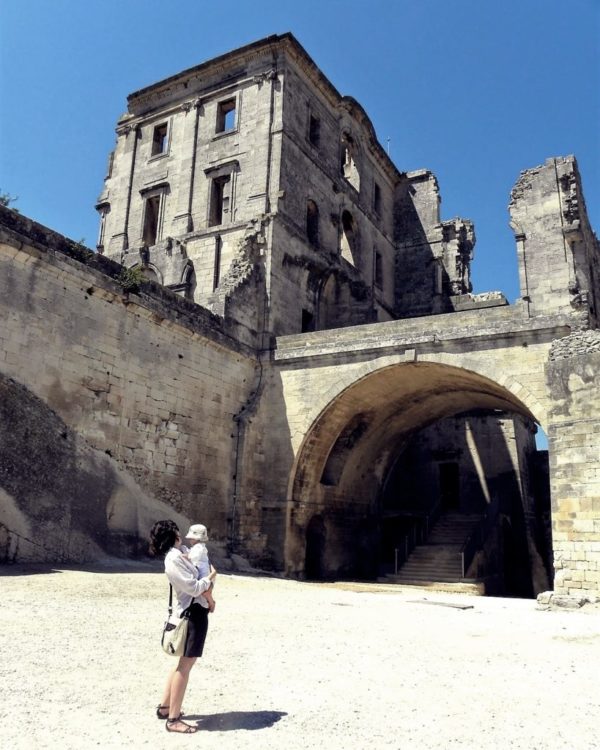 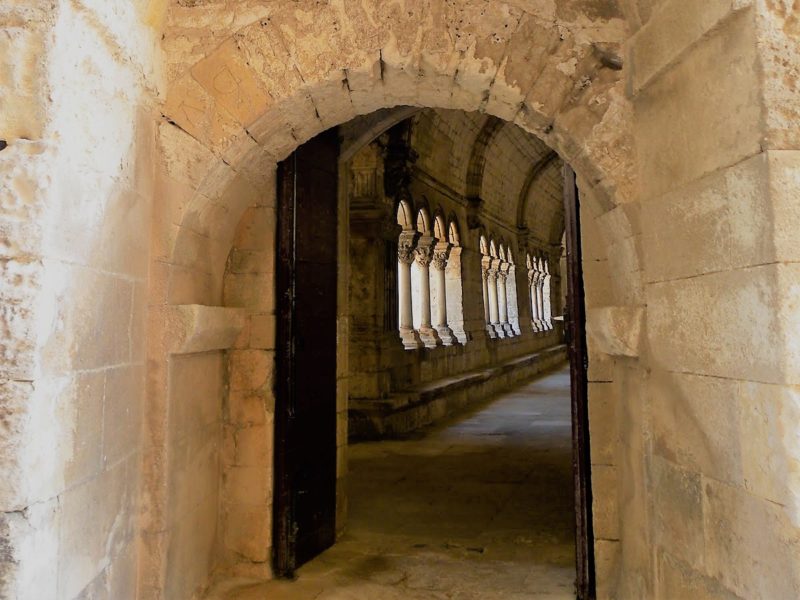 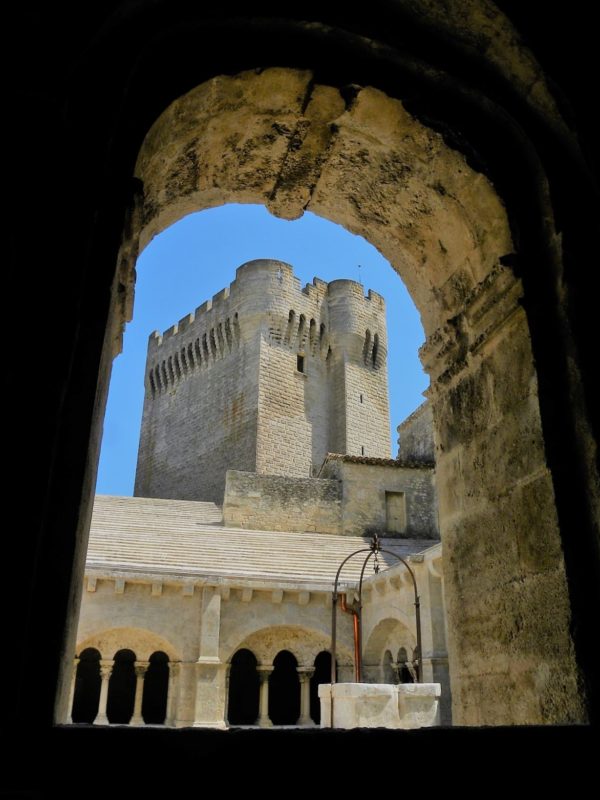 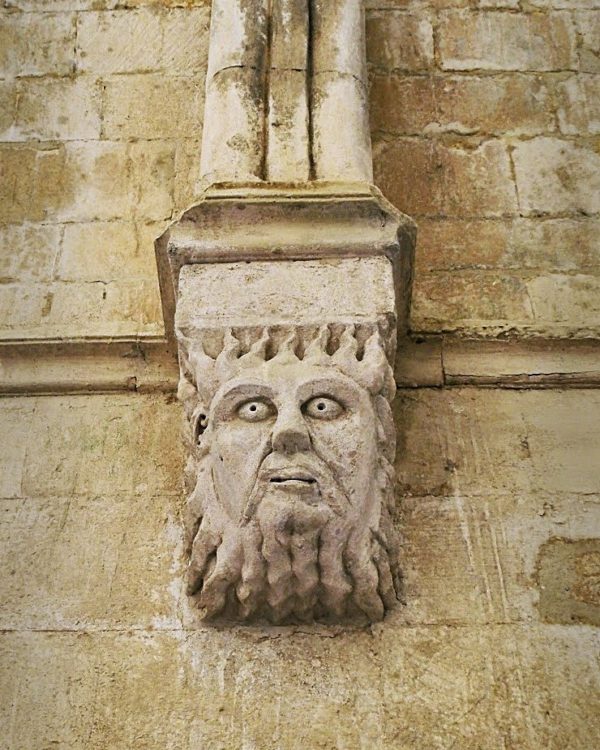 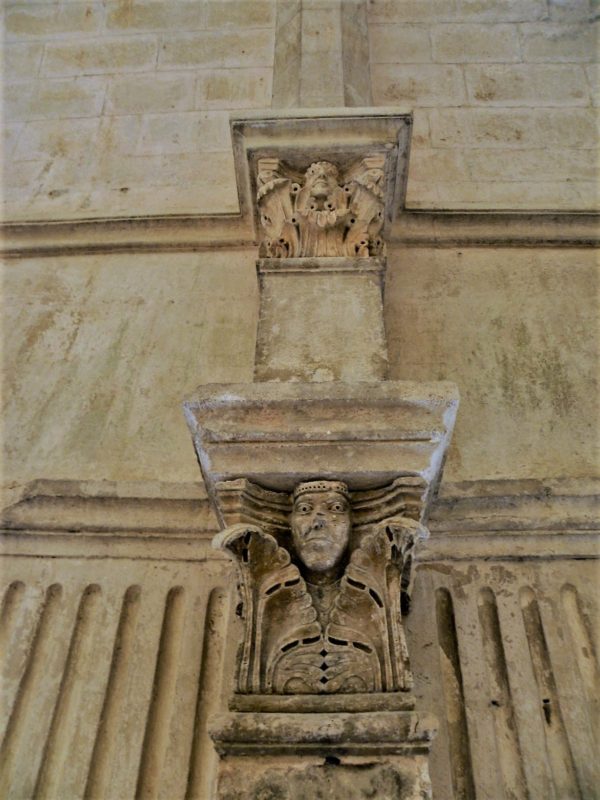 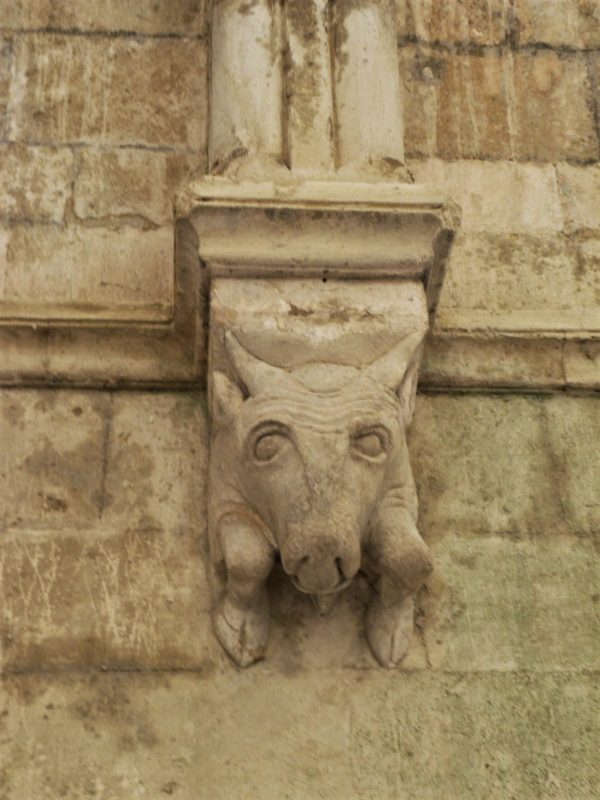 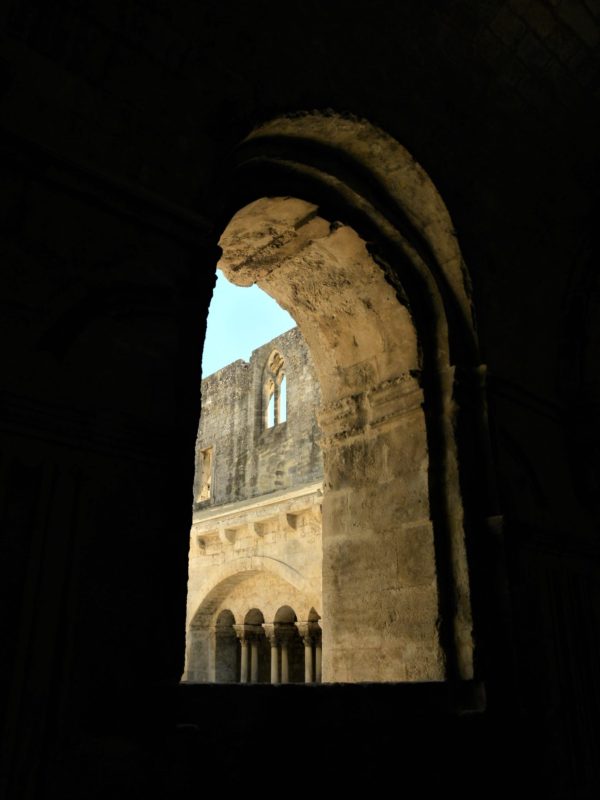 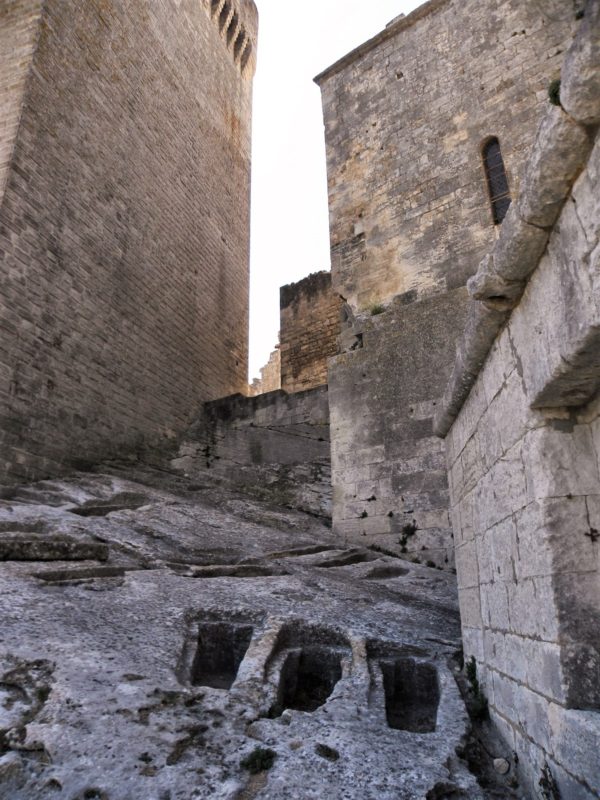 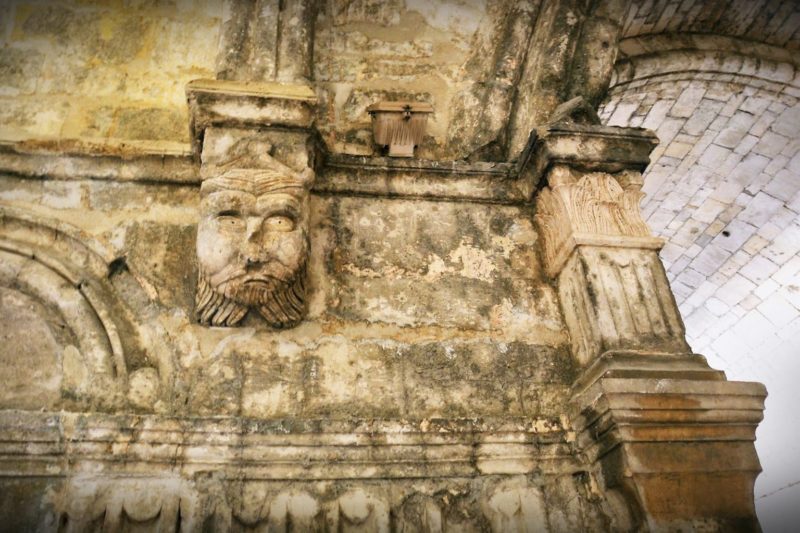 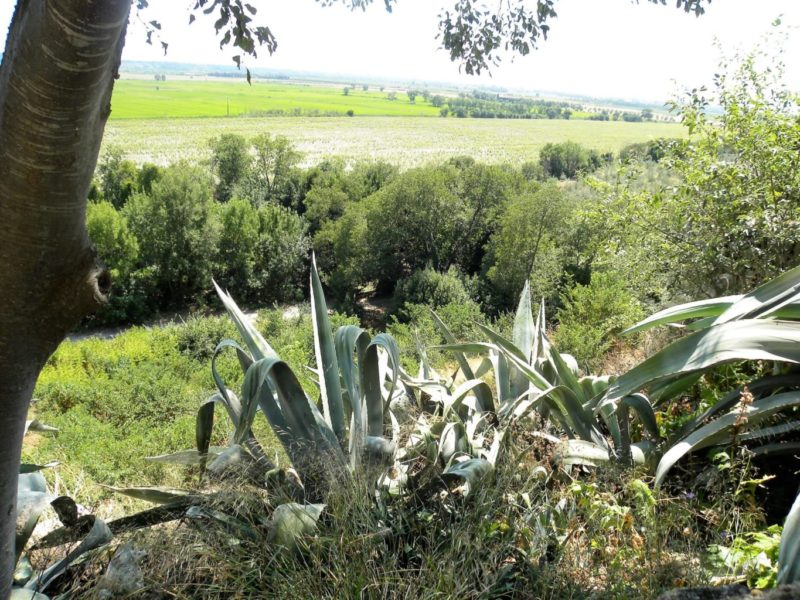 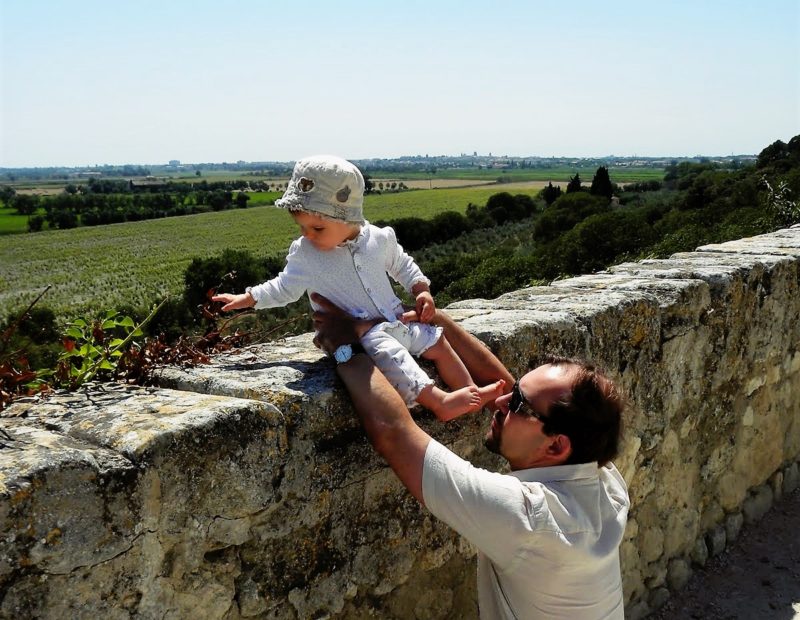 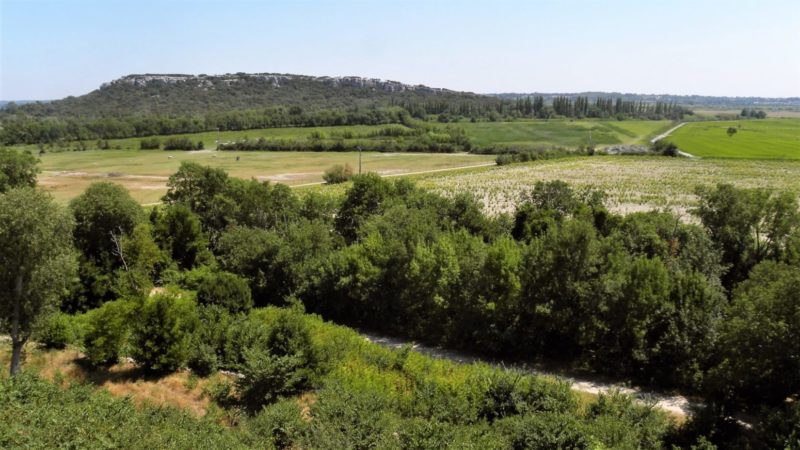